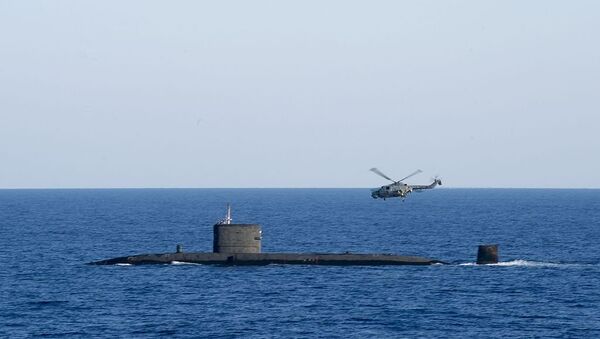 There are about 120 crewmembers on board the HMS Talent, including 20 officers, and the Royal Navy declined to provide the ranks of those who'd failed the drug tests.

Seven sailors have been ordered off a Royal Navy nuclear submarine after testing positive for cocaine while on duty; the HMS Talent was scheduled to start a “sensitive mission” to track alleged Russian submarines in the North Sea and the Arctic Circle on Friday, The Daily Mail reports.

The newspaper cited Royal Navy sources as saying that the sailors failed a compulsory drug test after they returned to the submarine, docked at Devonport Naval Base, following a drug-fuelled party and were then handed over to military police.

With the HMS Talent still at the Plymouth base, the sources said that the reason for the delay was not immediately clear, “but subs require a full complement of crew before going to sea”.

One source described the incident as a “major embarrassment for top brass”, adding that “it takes years to train submariners to perform highly skilled and highly sensitive roles at sea and the Navy has just lost seven guys due to one night of stupidity”.

“The Ministry of Defence has a zero-tolerance drugs policy and will not tolerate misuse of drugs by service personnel in any form or at any time. Any personnel caught taking drugs will be discharged,” another sources pointed out.

UK Better Deals With Mythical 'Russian Threat' Than Solves Own Problems - Moscow
London has repeatedly expressed concerns over Russia's alleged increasing military presence and activities in the Arctic region, and voiced fears that navigation in the Arctic could be limited.

Moscow dismisses the allegations, stressing that it considers the Arctic to be an area for constructive dialogue and equal, conflict-free cooperation in the interests of all nations.

In 2017, nine sailors were kicked off another Royal Navy nuclear powered submarine, the HMS Vigilant, for taking drugs as the vessel’s senior officers faced claims of having affairs with female crew.