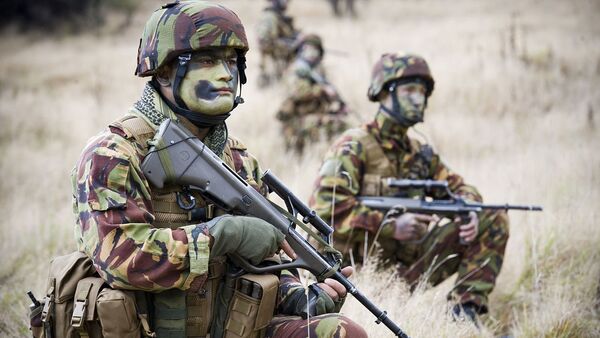 Details of the kidnapping of Louisa Akavi had been kept under wraps until the International Committee of the Red Cross appealed on Sunday for news about the 62-year-old nurse and two Syrian drivers kidnapped with her in October 2013.

Breaking its silence on the case, the independent aid agency identified the three kidnapped as Akavi and Syrian drivers Alaa Rajab and Nabil Bakdounes. New Zealand revealed Monday that it had dispatched a special forces unit to Syria to search for Louisa Akavi who was abducted by Daesh* some six years ago.

For six years, a shroud of silence surrounded the life of the New Zealander held hostage by Daesh. According to the New Zealand Herald, media across New Zealand held back, encouraging other media outlets to do so as well, after the family of Louisa Akavi received an email from Daesh. Her terrorist kidnappers told her family she would be killed if her 2013 capture was made public.

A New Zealand nurse has been held hostage by Islamic State in Syria for more than five years https://t.co/WsL9JSiSnK pic.twitter.com/FqTNHo7xXL

Louisa Akavi had dedicated her life to the needs of the world's most vulnerable, as she set out as a young nurse in the mid-1980s, in search of places where she could best help people. "It does become a little bit hard, but it is the small things," she told the Kapiti Observer in 2010. "It's working with the national staff who do the best they can. I don't know why I still do it. It's something I do well. I know that I can make a difference, a small difference."

By August 2013, she was listed as working in Damascus, Syria. Akavi was in a Red Cross convoy delivering supplies to medical facilities in Idlib, northwest Syria, when armed men stopped the vehicles and abducted seven people. Four were released the next day. The others have not been heard of publicly since.

The NZHerald has been told that her captors made contact with the woman's family in New Zealand through email, demanding a ransom and warning that media coverage of her situation would lead to her death. Efforts to track Akavi continued with New Zealand calling on its Five Eyes relationships. Some reports continued to come through, sporadically, over the following years. As a result, her situation and even nationality became a closely held secret. Dominik Stillhart, director of operations for the ICRC, said the organisation had decided to go public with Akavi's case in the hopes that it would lead to information on her whereabouts after the fall of Baghouz.

"We have not spoken publicly before today because from the moment Louisa and the others were kidnapped, every decision we made was to maximise the chances of winning their freedom. With that goal in mind, we have long decided not to share details in the hopes this approach would lead to a positive result. With Islamic State group having lost the last of its territory, we felt it was now time to speak out.

"We call on anyone with information to please come forward. If our colleagues are still being held, we call for their immediate and unconditional release."

According to the New Zealand Deputy Prime Minister Winston Peters, information about the kidnapping had not been previously released for fear that any publicity would place them at greater risk, however, it was believed Akavi was still held by Daesh and there were ongoing operations to locate.

"This has involved members of the NZDF (New Zealand defense force) drawn from the Special Operations Force, and personnel have visited Syria from time to time as required,” Peters said.

This non-combat team was specifically focused on locating Louisa and identifying opportunities to recover her.”The New York Times has reported the Red Cross has reason to believe she is alive, because at least two people described seeing her in December at a clinic in Sousa, and believed it was likely Akavi's nursing skills that kept her alive, because of her usefulness to Daesh as it came under heavy attack.