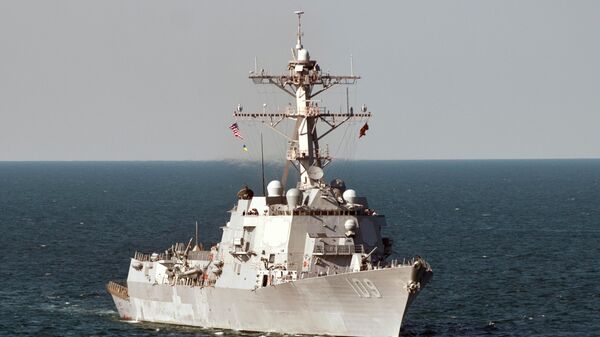 Earlier in April, NATO announced a decision to increase its naval presence and conduct military drills in the Black Sea.

"We, of course, will take all the necessary measures to neutralise threats connected to increased NATO activity in this region", he said. "We watch very carefully at how the Alliance's plans to increase its presence in the region unfold and we will react accordingly".

Russian Navy Conducted Black Sea Training Amid NATO Naval Exercise in Same Area
He pointed out that the Russian Foreign Ministry believes that security in the Black Sea should be based on the cooperation of coastal countries.

"All required ingredients for this are present. It's Organisation of the Black Sea Economic Cooperation and — in the military sphere — Document on trust-building measures in the Black Sea", Grushko added.

Earlier in April, NATO Secretary General Jens Stoltenberg announced that NATO had "increased its naval presence in the Black Sea, with NATO's maritime groups taking part in exercises and also conducting several port visits" including recent junkets in Georgia and Ukraine. He called on Russia to "respect international law" so as to "make the waters of the Black Sea more secure", according to a CaucasusWatch.de report.

Russia has repeatedly expressed its concern regarding an increased NATO military presence in Europe. The Kremlin has repeatedly underscored that Russia poses no threat to other nations, but will not ignore actions endangering its interests.