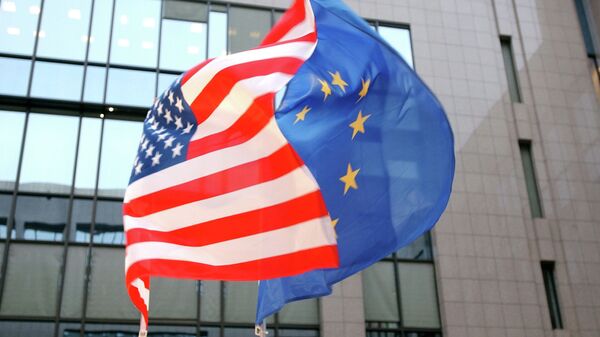 Although the showdown over support for Airbus dates back to 2004, the tensions only peaked recently when Donald Trump announced that the US intends to introduce $11 billion worth of tariffs on EU products over a WTO report about illegal subsidies to the European giant. This has impacted already uneasy trade relations between the EU and the US.

The European Commission is expected to present a draft list of tariffs on imported US goods, worth about $22.6 billion on 17 April, numerous reports, citing European diplomats suggest.

This list revealed will reportedly be larger than the expected request to the World Trade Organisation. According to Reuters’ sources, the EU’s executive body intends to ask the WTO’s authorisation for $12 billion in retaliatory measures. The WTO is expected to decide no earlier than March 2020 on the matter. At present the WTO is now reviewing a reciprocal case by the US against the EU, which will reportedly be over by June or July 2019.

The report comes hot on the heels of Donald Trump’s announcement that Washington will tax EU exports to the tune of $11 billion in response to the WTO’s conclusion that the bloc subsidised its aerospace giant Airbus in breach of the existing regulations.

READ MORE: Here are European Companies Who Will Be Hurt by Trump's $11 Bln Tariff Tantrum

"It was constructive and frank but also difficult and tense”, he stated, commenting on their outcome.

Washington's row with Brussels over subsidies for Airbus, a long-time rival of US competitor Boeing, dates back to 2004 when the US first turned to the WTO. In 2011, the WTO claimed that Airbus had received $18 billion in subsidies from the EU between 1968 and 2006. The US argues that the EU subsidies caused a decline in Boeing sales and led to it losing market share in countries across the world.

The EU, for its part, has accused the US of providing Boeing with unfair support, including through tax concessions, and dealing with the issue at the WTO. Brussels claims that Washington provided Boeing with more than $5 billion in subsidies between 1989 and 2006.

The new row escalated recently over the World Trade Organisation's report, released in 2018, that the bloc had provided illegal subsidies to aerospace firm Airbus which caused "adverse effects" to US rival Boeing.

This new turn further deteriorated the already tense trade relations between the two allies, battered by a tariff row. It broke out last year when Donald Trump imposed higher taxes on steel and aluminium imports. Europe responded with counter-tariffs on a number of US goods. However, last July the EU and the US reached a truce as Trump vowed not to impose punitive tariffs on EU cars.

The European Commission is now getting ready for major trade negotiations with the US government, designed to mend trade relations between the allies. Despite France’s persistent opposition, it has recently received initial clearance from member states’ envoys to discuss cutting tariffs for industrial goods and making products meet EU or US standards easier. However, the mandates, which were initially presented in January, now need final approval from national ministers.