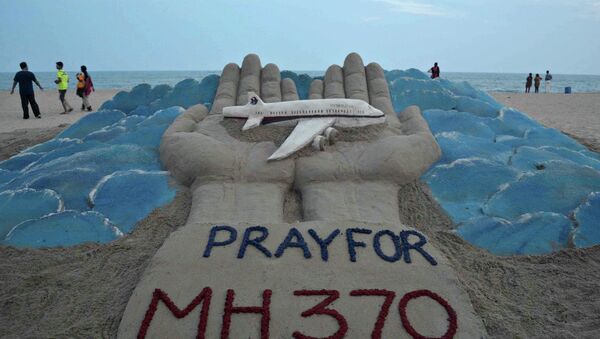 Noel O’Gara, an MH370 researcher, previously claimed that the location of the ill-fated airplane could be determined using the testimony of eyewitnesses.

Speaking with the Daily Star Online, Ireland-based private investigator and writer Noel O’Gara said he believes that the Malaysia Airlines Flight MH370 was shot down on the orders of the Malaysian government in order to foil a potentially catastrophic terror attack.

“Most likely MH370 is still lying on the sea bed in that area of the Indian Ocean. Unless the Malaysian government recovered it later”, he claimed, suggesting that the authorities could have tried to cover up their mistake.

O’Gara continued by saying that the Malaysian government would have been following radars closely from the moment a problem had been detected:

“If MH370 went into a catastrophic break-up or crash for any reason other than a criminal takeover by either a pilot or a passenger hijacker it would have been spotted. It would be radar tracked, red alert calls made and an area of the sea covered in debris that would be located within hours based on the known tracking by radar. So it’s extremely unlikely the government wouldn’t have known the plane’s final coordinates and have been in a position to deploy the Navy to recover the plane”.

While admitting that his theory is speculation, the writer went on to say that it’s based on three eyewitnesses’ accounts – for instance, key witness Raja Dalelah Raja Latife was flying from Saudi Arabia to Malaysia near the Andaman Islands, when she allegedly saw a “silvery object” in the ocean the day flight MH370 vanished.

“It’s also supported by the flaperon – the most vulnerable part in a crash landing – and also a few other parts found off East Africa believed to be from MH370. It’s a hard stretch, but the navy might have recovered some of the plane or possibly the lot of it.  The government would know exactly or within a few minutes of where it had come down”.

Beijing-bound MH370 with 239 passengers and crew on board went off radars on 8 March 2014. Only a few fragments believed to be parts of the wreckage have been discovered at different locations, including South Africa, Mozambique, and the French island of Reunion in the Indian Ocean.