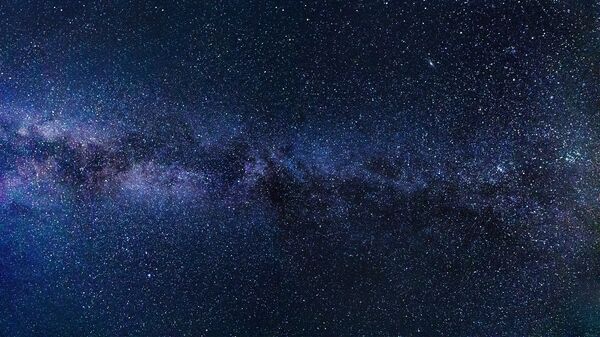 NASA’s Moon-landing plans, as they were depicted by the agency, consist in developing a blueprint on how to get astronauts to the lunar surface in the next five years, but the announcement has caused a stir worldwide, given Trump’s prior directive to build up a special Space Force within the Department of the Air Force.

In an interview after a speech he delivered at a workshop on potential astrophysics missions on 1 April, NASA Administrator Jim Bridenstine made an eye-popping announcement that he hopes to develop an initial plan within the next couple of weeks for sending a manned vehicle to the surface of the Moon by 2024, four years ahead of schedule.

READ MORE: NASA Aims to Get Back to Moon by 2024 ‘By Any Means Necessary'

The announcement came on the heels of Vice President Mike Pence announcing the new goal of landing humans at the south pole of the moon by 2024 in his 26 March speech in Huntsville, noting that NASA already had such a plan. Bridenstine said that the initiative Pence mentioned referred to the earlier goal of humans on the moon by 2028, however, now they are working quickly to push it forward.

Bridenstine told reporters in February that the plan will be implemented using private companies, adding that “we want numerous providers competing on cost and innovation,” going on to say that NASA would also seek the participation of other countries. The initiative is supported by US President Donald Trump, who in December of 2017 signed the Space Policy Directive, which aims to bring a manned mission to the Moon before a manned mission to Mars. Prior to sending humans, NASA is also expected to land an unmanned vehicle on the planet no later than 2024.

Yet it’s not this very Space Policy’s Directive that raised concerns, and rather fears, within the global community, but another document – one ordering the Pentagon to establish the Space Force as the sixth branch of the US military, to go along with the Army, Navy, Air Force, Marines, and Coast Guard. Trump subsequently nominated an Air Force general to head the brand-new US Space Command that would oversee the military space domain.

The decision closely followed a report by the Pentagon’s intelligence arm warning of the increasing “weaponisation of space” by China and Russia, which appears to have been taken as a pretext for the build-up of the Space Command.

The near-military rhetoric in light of the US' ambitions appears to go counter to the image of space, which has traditionally been viewed as a civil domain for long-standing cooperation and research, mutual respect, and trust. Just to provide a couple of bright examples, among the most impressive space exploration feats that entered history are the joint Apollo-Soyuz mission, conducted in the mid-1970s, the successful launch of the ISS in 1998, as well as Exomars, the astrobiology mission of the European Space agency and Russia's Roscosmos.

Per Steven Freeland, dean of the School of Law and professor of international law at Western Sydney University, Australia, the International Space Station is a perfect example of the global community joining their research efforts:

“Humans are inspired by the idea of other humans going into space and spending considerable periods of time there. We saw that with the ISS. That’s been a wonderful example of cooperation amongst many countries”, he noted in written comments to Sputnik, with another commenter, Dr Gbenga Oduntan, associate professor of international commercial law at the University of Kent, putting it similarly and bringing up the 1967 treaty on international space communication:

“There’s nothing wrong with permanent missions on the Moon, we already have envisaged that in the 1967 Outer Space Treaty which allows countries and people to land on the Moon, to have space stations there, in portions of territory that is sufficient for their use”, he recalled, going on to detail humans’ “nice” plans to visit each other's space stations, etc.

“That's the future of mankind, we will be visiting each other's space stations on planets at some point, that’s fine”, Oduntan noted.

Yet, the peaceful nature of a number of countries’ current lunar and other ambitions tends to be increasingly questioned.

‘Opportunism by the US’ Current Administration’

The US is arguably the brightest example, with the world’s greatest economy, having famously announced plans to engage in a fresh space race. According to Dr Gbenga Oduntan, the US’ space intentions are just a decisive move of the Trump administration to make a storm in a teacup by artificially launching a race:

“I’m afraid I’ll have to agree with some contemporary commenters who seem to think that this is just opportunism by the current administration of the US, who are trying to engineer a race where there is none”, the commenter noted, adding that this is a drive to make the Congress earmark money for a mission “that might even end up being impossible in the time frame, but the money would’ve been released and spent”. He remarked that there are “satanic verses to the current plans of the United States of America, particularly in space”.

READ MORE: Planned US Moon Landing Could Be Cover Up to Test Military Tech — Roscosmos Head

“So in a sense, space is now the new military industrial complex”, he concluded, dwelling on the US’ ambitions to rattle the sabre, yet noting that contrary to the US, China has demonstrated that its Moon programme boils down to mere research:

“China’s activities on the Moon, to the extent that we have seen, are quite clearly on the surface on the side of the Moon we've not been to before or seen before, they would want to have a presence on the Moon, a robotic presence, experimental and otherwise, but narrowing this down to just a manned mission on the Moon”, Oduntan argued.

He has called out the “dramatic” project, which does not provide any “excitement” for humans:

“Anyway, we wouldn’t sit in the driving seat of the American administration, we don’t know what they consider important, but from where we sit as an international space lawyer, this is not exciting, I don’t see the excitement there, even for space scientists”, Oduntan revealed.

He specified that “the excitement” that researchers would wish for lies in the opportunities that space offers to solve human issues:

“There are 1,001 things that we still need to perfect, from tele-medicine, to the use of space for rescue missions, to disaster management, there’s so many ways space observation is useful, these are the ways where we think, at least the scientists, the lawyers; we think we should be seeing progress, not in dramatic missions that tend to buttress the political fortunes of current politicians”, the academic commented on the Lunar project, which is expected to be funded  in part by the government, thus out of taxpayers’ pockets, and by private sponsors alike.

The latter may meanwhile comprise military advocates, in line with the US’ extensive lobbying practices carried out by dozens of influential interest groups. Voluntary organisations designed to support a specific branch of the American military have historically existed in the United States, with the nation’s oldest military lobbying association being the National Guard Association (NGA). This one, along with several others like The Association of the US Army (AUSA) and The Air Force Association (AFA), were meant to draw public attention to a whole range of military issues, as well as bring up certain topics for debate in Congress.

In the meantime, the US’ straightforward setting of goals with marked military connotations couldn’t help triggering a respective response, with a number of countries taking Trump’s build-up of military space forces as an indicator that they also have to unlock their military potential — India, for instance.

The South Asian country has been developing a whole range of “space deterrence” technologies in recent months, which would be able to knock out enemy satellites, and most recently, has successfully tested its brand new anti-satellite weapon, the so-called “satellite-killer”, drawing criticism from NASA and the country’s arch-foe Pakistan. India thereby became the fourth nation to possess a satellite-destroying weapon, joining the ranks of Russia, the United States, and China.

In a separate move, Iran has recently announced plans to press ahead with the launch of three satellites into orbit this year, despite a US move to curb Tehran’s programme for fears that the technology behind the satellites would be used to develop nuclear-capable ballistic missiles. Yet, Iranian authorities assured that “the rockets which have currently been developed in Iran for carrying satellites are not something that are a cover for another kind of rocket activity”.