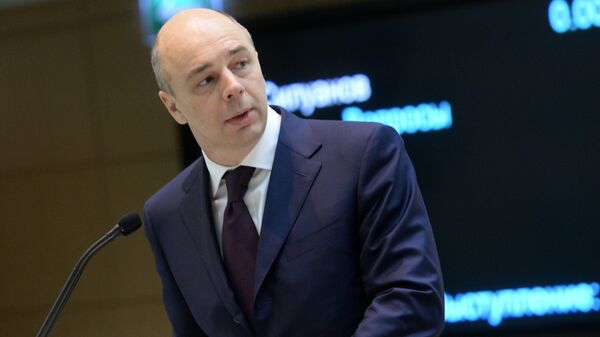 "Risks of a future global recession are very high. That is why we in Russia should counter it against all the odds … [We should] launch national projects as soon as possible and introduce measures to liberalize our economy, … abandon legislation that hampers development of businesses", Siluanov told reporters after the G20 Finance Ministers and Central Bank Governors Meeting in Washington on Friday.

"[International Monetary Fund Managing Director Christine] Lagarde and other speakers said they believed there will be a recovery in the second half [of 2019]. I think nobody believes this. Everyone just says this in order to create an image that it is all temporary and everything will normalize later", Siluanov pointed out.

Russia
Agriculture an Important Growth Driver of Russian Economy - Putin
Siluanov also said that he had told participants of the G20 Finance Ministers and Central Bank Governors Meeting that reasons for a possible global economic crisis that arise from decisions deliberately taken by some states should be dealt with.

"Speaking on behalf of the Russian delegation, I said, let us at least deal with artificial reasons. There are objective [reasons] that should be addressed with structural changes in any country… The artificial [reasons are those where countries] have deliberately taken decisions — trade wars, sanctions, trans-border restrictions, which are introduced not only in relation to Russia but other countries and companies, too; [there is] constant intimidation", Siluanov told reporters after the meeting in Washington on Friday.

"And the third [group of reasons] is political instability in a number of countries, Brexits, populist and inefficient decisions taken during electoral cycles", the minister explained.