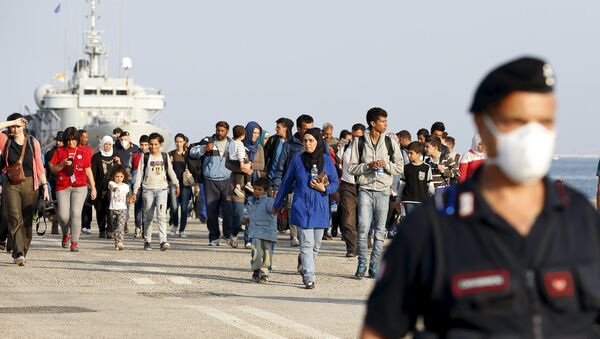 The town's population is 15,000, but a mere 20 known asylum seekers reside there.

The Italian town of Calolziocorte in Lombardy has banned reception centres for asylum seekers from being placed near schools.

The urban plan states "welcome centres for migrants must not be located within 150 metres of schools". Town mayor Marco Ghezzi is a member of the League party, which has strict stances on immigration — he defended the decision on the basis welcome centres could be hubs for criminal activity.

"In another nearby [welcome centre], there was drug dealing. Therefore, we took this decision as a preventive measure and to safeguard our schools. There is a risk welcome centres double as drug-dealing hubs, and it is an act of common sense to place these facilities in the best place possible for the community and to favour integration. There is no discrimination, no drug emergency; it is simply a matter of common sense," he told local media. 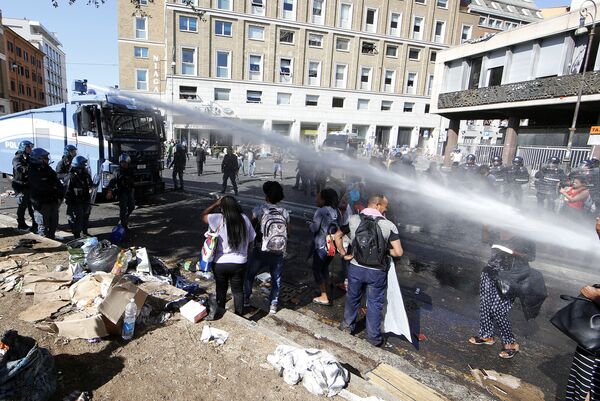 Italian Police use a water cannon as they clash with refugee squatters who had occupied a small square in central Rome, Italy August 24, 2017
© REUTERS / Yara Nardi
Other League party officials elsewhere have pursued even more stringent policies. In 2017 the city council of Palazzago, Bergamo approved a local regulation requiring anyone accommodating migrants to notify authorities, or face fines of up to €15,000. Two years earlier, in the province of Pavia, asylum seekers were banned exercising on a town's public football pitch.

Refugee Crisis Thunders On: Italy Can't Take Strain, Austrian Troops on Standby
Opposition parties and human rights groups have condemned the move, but support for such measures is widespread in Italy, due to the mass influx of refugees into the country since 2013. Over the course of six years, around 690,000 migrants have arrived by boat, most from sub-Saharan Africa — during this period, the number of people living in asylum centres has leapt from 22,000 to 182,000.

International Organization for Migration figures suggest around 120,000 immigrants arrived in Italy by sea in 2017 alone — the government calculates the cost of taking them in at €4.2 billion.

Interior Minister Matteo Salvini, who heads the League party, has made clear his intention to reverse the tide, stating Italy "cannot be Europe's refugee camp" — the number of migrants that reached the country's shores in the first five months of 2018 was 13,808, an 84 percent reduction year-on-year, and refugee expulsions and asylum application rejections are increasing significantly.