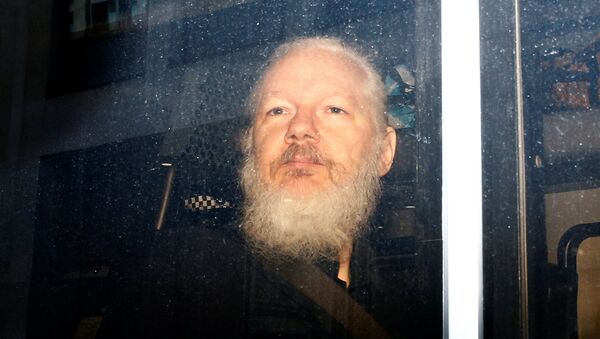 It's perhaps unsurprising Assange is a fan of Vidal, who once said "the people have no voice because they have no information".

The video documenting the arrest and extraction of Julian Assange from the Ecuadorian embassy in London on 11th April has been watched the world over. Many have noted just how dishevelled the WikiLeaks founder appeared — while others spotted Assange was clutching a book, leading some to ask what the tome was.

Eagle-eyed viewers have confirmed the work in question was Gore Vidal's History of the National Security State, a posthumously released compilation of the acclaimed essayist's best writing on the US military-industrial-security complex, and empire. 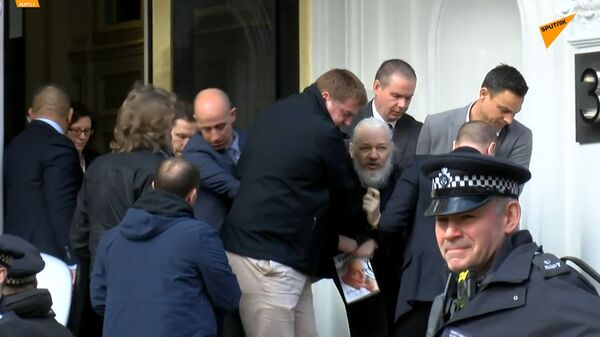 "The Federalist Papers are very clear. Whenever one of the founding fathers and one of the people who was inventing the Constitution, they start to get apoplectic at the mention of Athens, the mention of Pericles, the mention of democracy. They go on and on about mobs, and we don't want this, and we don't want that. We're an oligarchy of the well-to-do. We were at the very beginning, when the Constitution was made, and we're even more so now," a key paragraph in the book states.

I have found it!! This is the book that Assange was reading when he caught by UK police at the Embassy of Ecuador!!! «Gore Vidal. History of the National Security State» #Wikileaks Lo encontré!!! Este es el libro que tenía Assange!! 😱 Estaba leyendo sobre seguridad nacional! pic.twitter.com/fhVnAACK82

One of America's best-loved and most contentious public intellectuals, Vidal spent much of his 86-year life lambasting the cultural, political, financial and military excesses of American imperialism, and documenting what he perceived to be the once-great nation's inexorable and irreversible decline.

He was also disputatious in the extreme, engaging in extremely bitter, public feuds with a number of high profile figures in the US mainstream. For instance, he had a protracted rivalry with fellow writer Truman Capote, a man who Vidal "truly loathed…The way you might loathe an animal. A filthy animal that has found its way into the house". He referred to Capote's death in 1984 as "a good career move".

Most notoriously though, Vidal and William F. Buckley, Jr. engaged in a virtually lifelong quarrel, which reached its apex in 1968 when the pair were hired by ABC News to co-host programs covering the Republican and Democratic party conventions. They spent much of their time on air viciously attacking one another verbally, which culminated in Buckley threatening Vidal with physical violence after the latter accused the prominent conservative of being a "crypto-Nazi".

They would go on to routinely condemn each other in the media over subsequent years, and in March 2008 Vidal wrote a predictably savage obituary for the recently-deceased Buckley, titled RIP WFB — in Hell. In a subsequent interview, Vidal suggested Buckley would find hell "a livelier place, as he joins, forever, those whom he served in life, applauding their prejudices and fanning their hatred".

Assange is currently held at Belmarsh Prison in south-east London after being found guilty of breaching his bail conditions at Westminster Magistrates' Court. Assange has denied the allegations.

A date for his sentencing is yet to be announced — and it's unclear whether he'll be extradited to the US to face charges of conspiring with former US intelligence analyst Chelsea Manning to download classified databases. If extradited and convicted, he faces up to five years in prison.