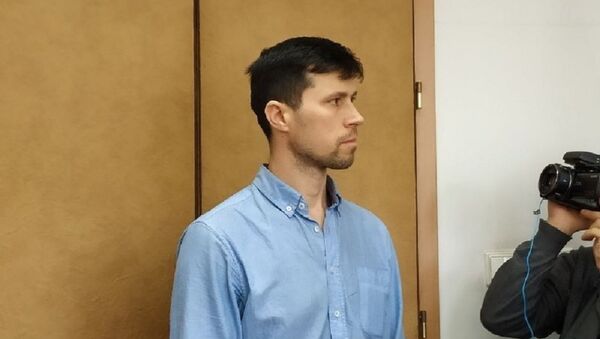 The Russian's three daughters were taken into care by the Swedish authorities and placed in a Lebanese Muslim foster family, spurring him into taking action.

A Russian man called Denis Lisov has been arrested in absentia in Sweden for violating Swedish law after he took his own three children, who had been placed in a Muslim foster family, and fled to Poland to seek asylum.

Lisov, a man in his forties, previously had his three daughters taken into custody by the Swedish social services and placed in a Muslim family, despite the fact that the girls had been raised Christian. The decision was based on the fact that Lisov was unemployed and his wife had suffered a mental breakdown and couldn't take proper care of the children.

Subsequently, Lisov's girls aged four, six and twelve respectively were placed in a Lebanese foster family 400 kilometres from home. Not only were the girls reluctant to stay there, but his time to see them was limited to six hours a week. This spurred the desperate father into taking his girls and fleeing home to Russia.

On his way, though, he was stopped in Poland, after Sweden reported his children as missing. In Poland, he sought asylum for himself and his daughters. A Polish court ruled that Sweden had violated an EU convention that prohibits placing children in culturally alien environments. The Lisovs were also granted the right to stay in Poland until his application has been investigated. Admittedly, Lisov plans to return to Russia.

"The children have a very strong bond with the father, and when I talked to them they told me that they wanted to stay with him", judge Janeta Seliga-Kaczmarek said.

Lisov told the court that he intended to find a job in Poland and place his daughters in kindergarten and school respectively. The Russian man has already received several job offers and was provided with housing in Warsaw. The school at the Russian Embassy in Poland is ready to accept his eldest daughter.

While the decision was praised by Polish Interior Minister Joachim Brudziński and Russian human rights ombudsperson Tatiana Moskaltsova, who hailed Poland's handling of the case as a "a good example of a fair solution strengthening family relationships", the Swedish Foreign Ministry informed its Polish counterpart that it was preparing a request for the children to be handed over to Sweden.

"We have an open case regarding these children. Generally, regarding children in need of various protective measures in an international context such as this, there are regulations such as the second Brussels regulation within the EU, for example. But we cannot go into details for this specific case", Foreign Ministry press officer Julia Kviberg said, as quoted by the news outlet Nyheter Idag.

In Sweden, social services have the opportunity to immediately place children and young people up to the age of 19 in custody by force thanks to legislation that allows intervention in order to protect children or youths in an emergency situation.