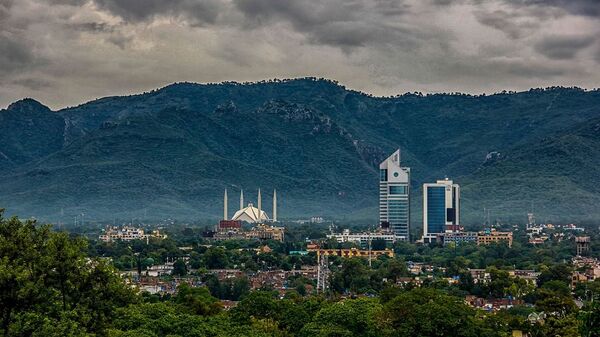 Pakistan’s Foreign Ministry did not give any reason for backing out of the Doha talks, but the recent exchanges of words and diplomatic posturing between Pakistan and Afghanistan have showed that there are lots of issues to iron out. The ministry, however, reiterated its commitment to the Afghan peace process.

New Delhi (Sputnik): Pakistan will not take part in the Doha talks with the Taliban and the US on the Afghan peace process, its Foreign Ministry said during a weekly media briefing on Thursday.

The ministry, however, reiterated that Pakistan is committed to the Afghan peace process and emphasised the importance of an intra-Afghan dialogue to lead the way forward to achieve durable peace in the war-torn country. The seventh round of talks between the Taliban, US delegation, Afghan politicians, and the Afghan government is expected to be held in Qatar's capital Doha next week.

"Pakistan will not take part in Doha peace talks. However, Pakistan is committed to bring peace in Afghanistan through an Intra-Afghan dialogue", Dr Mohammed Faisal, spokesperson for the Pakistani Foreign Ministry, said.

The US special envoy for peace in Afghanistan, Zalmay Khalilzad, has visited Kabul and Islamabad twice over the past week to muster support for the ensuing peace process. The Afghan government will be officially taking part in the peace dialogue and has reportedly constituted a 22-member negotiating team to talk with the Taliban.

US, Taliban Close to Striking Deal on US Troop Withdrawal - Reports
Khalilzad had said in a release issued by his office on Sunday informing that he had discussed with Afghan President Ashraf Ghani and others on how to ensure that intra-Afghan dialogue in Doha next week, in which representatives of the Afghan government and civil society members will participate, would best advance the shared goal of accelerating the settlement process.

Had important meeting with Pres @AshrafGhani today. We have momentum now with #Afghans working together across party & society. Men & women, young & not-so-young, all will join in intra-Afghan dialogue in Doha & eventual negotiations. Look forward to meeting representatives soon. pic.twitter.com/fXsYq5k0Wf

​Khalilzad also discussed with Pakistani heads about how peace in Afghanistan could benefit Pakistan and unlock opportunities for regional economic integration and development. "The United States looks to Pakistan to continue playing a positive role in supporting the peace process", he added.

READ MORE: Taliban Claims It Fired Deadly Missile at Largest US Air Base in Afghanistan

On Thursday, Pakistani Foreign Minister Shah Mahmood Qureshi received Ambassador of Afghanistan to Pakistan Shukrullah Atif Mashal in Islamabad and discussed the progress of the peace process. The two countries affirmed the full utilisation of the Afghanistan-Pakistan Action Plan for Peace and Solidarity (APAPPS) to improve the trust between the two neighbours.

On 6 April, the Afghan government summoned a Pakistani diplomat to protest against Prime Minister Imran Khan's remarks on the ongoing Afghan peace talks, saying that Kabul considered these to be "explicit interference" in Afghan affairs.

2/2there was a misunderstanding in PM's remarks, Afghanistan's Amb returned to PK to resume his mission.AFG considers recent statements of ImranKhan explicit interference in intrnl affrs of AFG&deems PM's remarks a return to his previous stance and demands explanation by govt PK

​In March, Afghanistan recalled its ambassador from Islamabad in response to Khan's suggestion that forming an interim Afghan government might smooth out peace talks between US and Taliban officials. However, the diplomat returned after Pakistan's Foreign Ministry stated that the remark had been reported out of context.