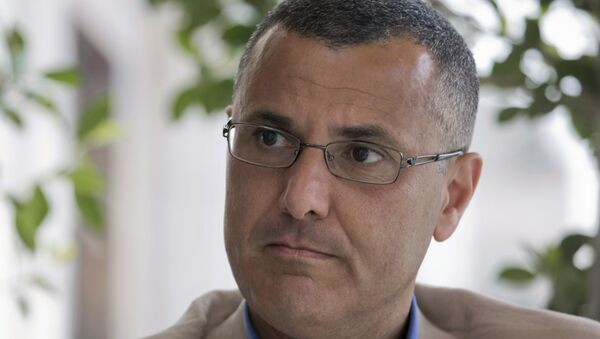 Omar Barghouti, the co-founder of the Boycott, Divestment and Sanctions (BDS) movement, which aims to apply peaceful international pressure on Israel to end its oppression of Palestinians, was denied entry into the United States this week despite having valid travel documents.

Barghouti, who lives in Israel with a permanent residency status, was informed of the development on Wednesday by airline staff at Israel's Ben Gurion International Airport. Staffers indicated that the US consulate in Tel Aviv was directed to bar Barghouti from traveling stateside by US Citizenship and Immigration Services.

According to the Arab American Institute (AAI), a Washington-based advocacy group which invited Barghouti to participate in a US speaking tour, the activist "was not provided an explanation for this denial of entry beyond that it was an ‘immigration matter.'"

Barghouti has a valid US visa through January 2021, and he was scheduled to attend various speaking events that included stops in Washington, DC, New York and Massachusetts. At the end of the trip, he intended to attend the wedding of his daughter, who lives in the US.

In a Thursday statement, Barghouti said that the US entry ban was "ideologically and politically motivated," and that it was part of "Israel's escalating repression against Palestinian, Israeli and international human rights defenders in the BDS movement for freedom, justice and equality."

"Israel is not merely continuing its decades-old system of military occupation, apartheid and ethnic cleansing; it is increasingly outsourcing its outrageous, McCarthyite repression to the US and to xenophobic, far-right cohorts across the world," he said.

"Supporters of Israeli apartheid in the US are desperately trying to deny US lawmakers, media, diverse audiences at universities, a bookstore and a synagogue, their right to listen, first-hand, to a Palestinian human rights advocate calling for ending US complicity in Israel's crimes against our people. But all my talks will go ahead, with me speaking online."

And so he did. For the first event, a "candid conversation" with CNN contributor Peter Beinart, Barghouti participated in the discussion through video conferencing.

​James Zogby, the president of AAI, said in a statement that Barghouti's denial of entry is "motivated by [the Trump] administration's effort to silence Palestinian voices."

"At a time when some members of Congress are advocating for regressive anti-BDS bills and resolutions, when states have passed legislation targeting the non-violent boycott movement in violation of our protected First Amendment rights, it is disturbing that policy makers and the American people will not have the opportunity to hear from Omar directly about his views," he added.

​Per the rights group, Barghouti previously experienced some travel hardships on account of the "Israeli government restricting his ability to exit and enter Israel by not renewing his travel documents." Those issues were later resolved after Amnesty International on April 7 called for Israel to end Barghouti's "arbitrary travel ban."

Earlier this month, the US revoked the entry visa of Fatou Bensouda, the chief prosecutor of the International Criminal Court, reportedly over his attempts to investigate possible war crimes committed by US forces in Afghanistan. According to Reuters, Bensouda has been investigating alleged war crimes in Afghanistan since November 2017.