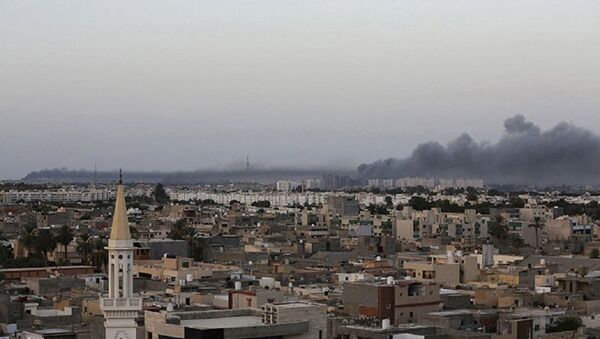 MOSCOW (Sputnik) – No Russian citizens were killed or injured in the recent clashes in Libya, the Russian Foreign Ministry's spokeswoman said on Thursday.

"There are no Russian citizens among those killed and injured. The staff of the Russian Embassy in Libya has been working in neighboring Tunisia in the recent several years over remaining terrorist threat in Tripoli", Maria Zakharova said at a press briefing. She also called on Russian nationals to refrain from visiting Libya over the poor security situation in the country.

According to the World Health Organization (WHO), at least 58 people were killed and 275 more were injured in the recent outbreak of violence in Libya.

Africa
Militia Humvee With Enormous Cannon Spotted in Libya (PHOTOS)
For years, Libya has been split between the two governments: the eastern part of the country is controlled by the parliament elected in 2014 and backed by the Libyan National Army (LNA) that is headed by Field Marshal Khalifa Haftar, while the UN-backed Tripoli-based Government of National Accord (GNA) governs Libya's western parts.