US’ B-21 Stealth Bomber on Track, Headed for First Flight - Air Force 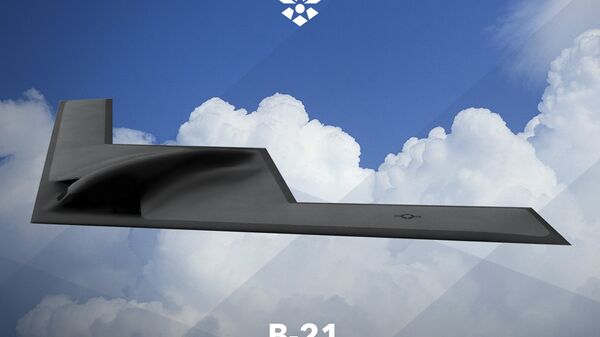 During a Senate Armed Services Subcommittee on Airland hearing on Tuesday, Lt. Gen. Arnold Bunch of the US Air Force confirmed the country’s new B-21 jet is “executing the way we want.” The B-21 is expected to achieve initial operating capability by the mid-2020s.

"Our next major milestone is first flight," Bunch told the hearing.

Currently under development by Northrop Grumman, the aircraft passed a developmental review earlier this year. Last year, Air Force officials announced that the jet was ready for testing at Edwards Air Force Base in Palmdale, California. The exact timeline of the B-21's development has been kept secret, as experts gear up for initial operational readiness by 2025.

The B-21, expected to replace the existing fleet of B-1 and B-2 jets, will be housed at the Ellsworth Air Force Base in South Dakota. The jet is expected to bring growth in South Dakota's local infrastructure via "a formal training and operation squadron," as reported by a local news outlet.

According to Bunch's prepared statement to committee members, the B-21 will be the "answer" to the need for an updated stealth bomber. Bunch added that US President Donald Trump's budget approved $3 billion for developing the fighter jet in fiscal year 2020.

The US Air Force awarded a contract to Northrop Grumman in 2015 to develop and build the B-21 Long Range Strike Bomber, despite protests from Boeing over the award going to its competitor.

Not much has been revealed about the bomber jet, as the US military has carefully guarded key details about its development.

During the Tuesday session, Senator Tom Cotton (R-AK) pointed out that the Air Force, at the end of 2016, was not prepared for war. "Fewer than 10 percent of combat squadrons were ready to deploy, and even fewer were ready for combat," he added.

The Air Force is also developing a range of other fighter planes to reach its goal of "80 percent readiness" by 2020, according to the statement.

The B-21 in particular is expected "to penetrate modern air defenses to accomplish mission objectives in an anti-access/area denial environment", per the statement presented to the committee.

The bomber, nicknamed the B-21 Raider after the "Doolittle Raiders," was announced by the US Air Force in 2016. The Doolittle Raiders, named after their Captain James Doolittle, were a group of 80 American pilots that flew 16 B-25 bomber planes to perform targeted strikes in Japan during World War II, in retaliation for the attack on Pearl Harbor. The Raiders' mission proved that Japan was vulnerable to attacks on its mainland, as well as boosted morale within the US.