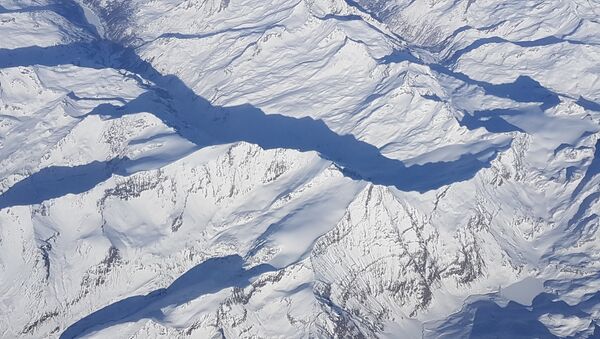 New research to be presented at the 2019 General Assembly of the European Geosciences Union (EGU), in Vienna, Austria, from April 7 to 12, reveals that radioactive fallout from nuclear meltdowns and weapon testing is being stored in glaciers and will be released into the environment through glacial melting as global temperatures increase.

The research is being led by Caroline Clason, a lecturer in physical geography at the University of Plymouth, and involves collaboration with scientists from around the world, including Poland, Italy and Canada.

According to the researchers, radioactive fallout, referred to as fallout radionuclides (FRNs), has been found in 17 ice surface sediments on glaciers in several sites in the Arctic (in Sweden, Iceland, Greenland and Norway), the European Alps, the Caucasus, British Columbia and Antarctica.

"The levels of some FRNs found in these sites are orders of magnitude higher than those detected in many other, non-glaciated environments, raising important questions around the role of glaciers, and specifically cryoconite and its interaction with meltwater, in concentrating levels of FRNs above those found in the surrounding environment," the scientists wrote in a report submitted to the conference. Cryoconite refers to a combination of small rock particles, soot and microbes deposited in glaciers.

"Radioactive particles are very light, so when they are taken up into the atmosphere, they can be transported a very long way," Clason told AFP.

"When it falls as rain, like after Chernobyl, it washes away and it's sort of a one-off event. But as snow, it stays in the ice for decades, and as it melts in response to the climate, it's then washed downstream."

The Chernobyl accident occurred in the now-abandoned town of Pripyat, in the north of the Ukrainian Soviet Socialist Republic in 1986, when a failed experiment to test new equipment resulted in a blast that destroyed the reactor's core, igniting a fire that continued to burn for over a week. The explosion was followed by a spew of radioactive gases, including caesium, into the atmosphere, causing acid rain to fall across northern Europe for weeks after the disaster.

According to Clason, her team detected radioactive fallout originating from the 2011 Fukushima meltdown, when a 9.0-magnitude offshore earthquake triggered a 46-foot tsunami, which hit Japan's Fukushima Daiichi Nuclear Power Plant and led to the leakage of radioactive materials and the shutdown of the plant. However, many of the particles from that disaster, which is considered to be the world's worst nuclear disaster since the Chernobyl accident, have not yet collected in cryoconite.

In addition, Clason noted that radioactive material produced from weapons tested as early as the 1950s was found in glaciers, and will likely leak into the environment as those glaciers melt.

"We're talking about weapons testing from the 1950s and 1960s onwards, going right back in the development of the bomb," Clason told AFP. "If we take a sediment core you can see a clear spike where Chernobyl was, but you can also see quite a defined spike in around 1963 when there was a period of quite heavy weapons testing."