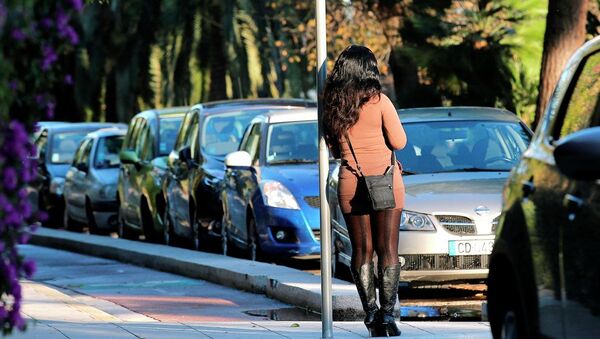 It took Willemijn de Jong, the leader of the Exxpose non-profit organisation which is behind the initiative, six years to collect the necessary number of signatures to hand in the petition to parliament. She says she launched the campaign after watching an Al Jazeera documentary which criticised the Dutch approach to prostitution.

According to Dutch laws, buying and selling sex is legal as long as it involves sex between consenting adults. Exxpose wants Dutch authorities to use the so-called Nordic model adopted by Sweden and a few other nations. The law would prohibit buying sex, but not selling it. Third parties like pimps or owners of brothels will also be punished.

The group launched a social campaign on Instagram, posting photos of activists and supporters holding boards with different messages, including "Ik ben onbetaalbaar" (I am priceless) or “what if it was your sister?"

Why is Exxpose calling for a ban of prostitution?

The group claims that 78 per cent of Dutch sex workers have to deal with sexual violence, while 68 per cent are victims of physical violence. This includes rape and murder. Many sex workers also have Post-Traumatic Stress Disorder (PTSD) symptoms.

“We are always hearing about prostitutes who are happy with their independence, but they are a very small percentage of the total group and legislation is based on them,” said Willemijn de Jong. “The biggest group is made up of women who are forced into prostitution, often from countries with poor socio-economic conditions.”

How will the Nordic model address the above-mentioned problems?

Exxpose says the demand for paid sex spurs prostitution and human trafficking. So the obvious solution is to penalise buyers and third parties which profit from prostitution. The group says that countries that introduced the Nordic model see fewer people buying sex or being exploited by prostitution, while countries themselves have become less attractive for human traffickers.

That is a big issue. According to the group’s website, between 20,000-30,000 people work as prostitutes in the Netherlands. A sex worker told the BBC that the petition is not in the sex workers’ interests.

“If this happens sex workers will work illegally. Then we're more likely to be victims of violence,” – she said.

The government has already responded to the petition. According to a spokesman for the Dutch Justice Ministry authorities will step up measures against human trafficking and provide funds for those who want to quit prostitution.