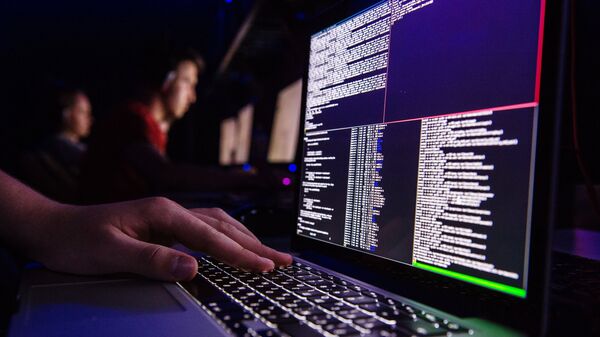 The aide allegedly assisted the person responsible for the data theft and the subsequent doxxing by allowing him to gain access to the senator’s office and then helping cover his tracks.

Samantha G. DeForest-Davis, a former aide to Senator Maggie Hassan (D-NH), has been implicated in a data-theft scheme perpetrated by former IT staffer Jackson Cosko, who also used to work for Hassan, which allegedly led to the “doxing” of Republican senators during a confirmation hearing for Supreme Court Justice Brett Kavanaugh, The Daily Caller reports.

Ex-NSA Contractor Pleads Guilty to Massive Secret Data Theft
On 5 April, Cosko pleaded guilty, essentially admitting to stealing thousands of documents and emails from the Senator Hassan’s office, along with a list of the senator’s private data which he reportedly posted on Wikipedia "out of 'anger' at Republicans during the Supreme Court nomination hearings".

According to the media outlet, DeForest-Davis, who is identified in court documents only as "Subject A", allegedly provided Cosko with a key which he used to enter the office at night and installed hardware keyloggers there in order to steal computer passwords and thus access further material.

Also, when Cosko was caught in the act by another staffer in October 2018, she allegedly went to the office and "wiped down keyboards and mice to erase any fingerprints".

While Samantha G. DeForest-Davis hasn’t been charged yet, she reportedly filed a CJA 23 Financial Affidavit which, as the media outlet explains, can serve two purposes: "to establish whether someone facing or expecting to face charges qualifies for a public defender, and — since it is an outlining of one’s finances submitted under penalty of perjury — to prosecute the person for lying in order to hide money he or she had received".

Jackson Cosko was arrested by police in October 2018.

The late-night intrusions into the Senator Hassan’s office were perpetrated between July and October, after Cosko got fired in May over some unspecified misconduct.