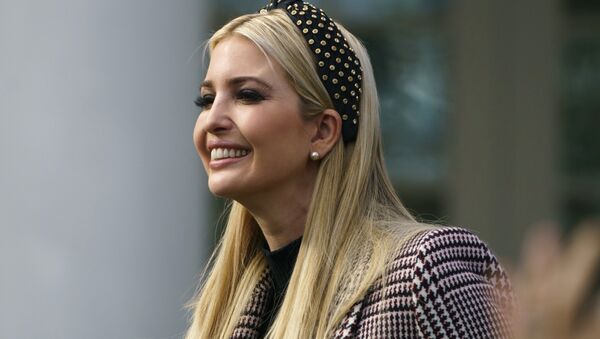 An ordinary "slice of life" picture posted by Ivanka Trump on Instagram somehow led to an intense discussion on her father's immigration policies erupting in the comments section.

US President Donald Trump’s daughter and adviser Ivanka once again became the focus of attention on social media after she shared an intimate moment from her family life – a photo of her 3-year-old son sleeping on the floor next to his bed.

"We may need to bring the crib back", Ivanka wrote in the caption of an Instagram post, with many social media users offering her advice on how to keep children from "escaping" their beds during sleep.

A number of people, however, quickly used this opportunity to bash her over Trump’s immigration policies.

"Meanwhile your dad refuses to reunite brown kids with their parents", calimexsf complained.

Others, however, did not take kindly to these claims.

"Meanwhile here in Dilley Tx we have the biggest immigrant housing with all the nice free extras and comfort for illegals….what cages? Ay Dios Mio!" elsadenise75 retorted.

Some people also pointed out that the aforementioned “cages” and separation of migrant families took place during Obama’s presidency.