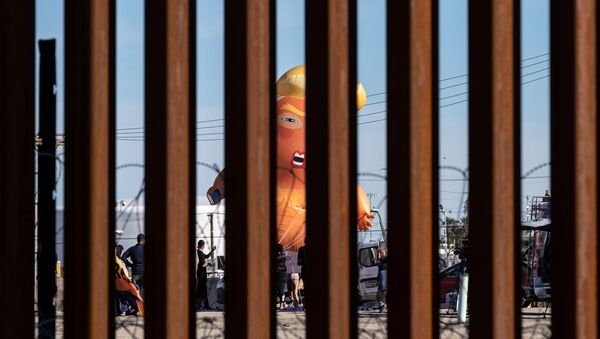 MOSCOW (Sputnik) - The first contracts for the construction of the US-Mexican border wall are due to be awarded this week, with the funds expected to arrive from the Pentagon, CNN reported on Tuesday, citing two US defence officials.

The first US Army Corps of Engineers contracts are expected to support work at two sections of the proposed barrier — in Yuma, Arizona, and the New Mexico part of the El Paso sector, the news outlet specified. According to one of the officials, cited by the broadcaster, the contracts might be signed later on Tuesday.

The Wall: Cracks Deepening in US Admin. Over Trump's Tough Border Policy – Prof.
The funds for the contracts are to be allocated from the $1 billion authorized by the Pentagon for the wall construction in late March. The Defense Department has said that the funds will be spent on building 57 miles of the pedestrian fencing, roads, and lighting within the Yuma and El Paso sections.

On Saturday, US Army Corps of Engineers Commanding General and Chief of Engineers Todd Semonite stated that about 450 miles of new bollard fencing along the US border with Mexico are expected to be completed by the end of 2020.

In March, US President Donald Trump declared a national emergency and requested $32.5 billion in funds for border security next year, including $8.6 billion for the wall. The president insisted that the border is needed to prevent criminals and terrorists from crossing into the United States.