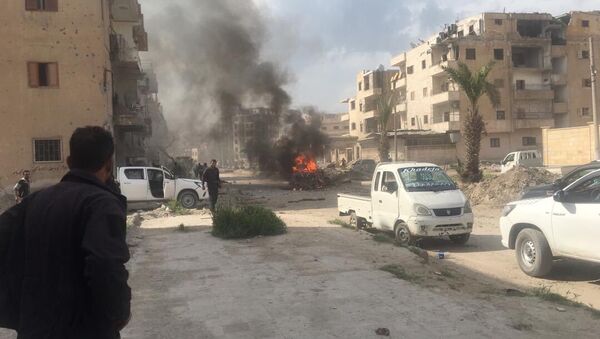 The city of Raqqa first fell into the hands of Syrian opposition forces in 2013 and was then captured by the Daesh* terrorist group, which declared the city its capital.

At least nine people were killed in a mine explosion and the detonation of two car bombs in Raqqa, according to the Hawar agency, citing a source in a city hospital.

"According to preliminary data, nine people died, including children and women," the agency said.

A mine exploded, followed by two car bombs that left several dead, including women and children, according to Kurdish news portals.

According to the agency, the mine exploded in Raqqa near Basil Street, and after a few seconds, two mined cars exploded.

The military campaign to recapture Raqqa was launched in June 2016 by the Kurdish-led Syrian Democratic Forces (SDF) backed by the US-led coalition. A year later, the campaign culminated in the Battle of Raqqa, which put the SDF in total control of the city. As a result of the fighting and massive airstrikes, the city was completely destroyed. According to the United Nations, the humanitarian situation in the city remains disastrous.