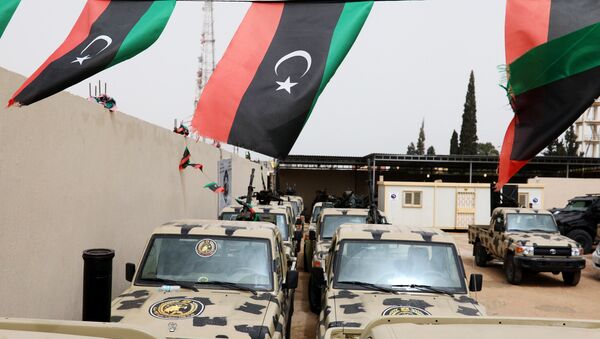 UN Secretary-General Antonio Guterres on Monday strongly condemned the military escalation near Tripoli and called for an immediate halt to the fighting, AFP reported.

Guterres' appeal followed an air attack by the forces of commander Khalifa Haftar on the Mitiga airport east of the capital, AFP reported.

Guterres "urges the immediate halt of all military operations in order to de-escalate the situation and prevent an all-out conflict," said a UN statement as cited by AFP.

He "strongly condemns the military escalation and ongoing fighting in and around Tripoli, including the aerial attack today by a Libyan National Army (LNA) aircraft against Mitiga airport."

Earlier UN Office for the Coordination of Humanitarian Affairs (OCHA) spokesperson Russell Geekie said that the number of displaced people fleeing from the fighting in Libya's capital Tripoli had reached 3,400.

The United Nations have issued an appeal for a temporary humanitarian truce in Libya that would allow the passage of civilians who wish to leave Tripoli and provide the provision of humanitarian assistance, Geekie said.

The Libyan National Army of Marshal Khalifa Haftar last Thursday marched on the national capital with the stated goal of wrestling it from "terrorists".

Africa
Alleged VIDEO of Libyan National Army Airstrike On Tripoli Released Online
Forces loyal to the Tripoli-based and UN-supported Government of National Accord (GNA) said on Sunday that they were launching a counteroffensive operation dubbed Volcano of Rage.

The country was eventually divided between the parliament, which was elected in 2014 and is based in the city of Tobruk as well as supported by the LNA, and the GNA, which was formed at the UN's initiative and controls the western part of the country, including its capital, Tripoli.