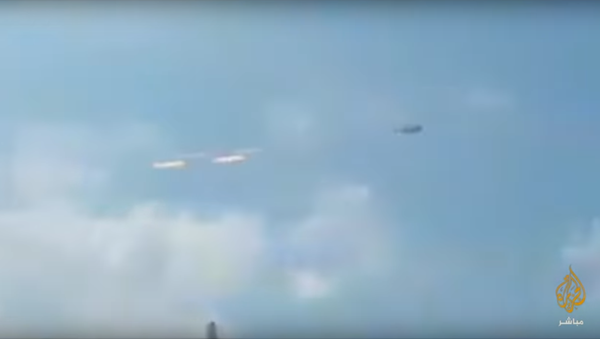 An airstrike targeting Tripoli's only functioning airport was carried out by LNA forces on Monday, with Eastern Libyan forces spokesman Ahmed Mismari insisting that the attack wasn’t aimed at civilian planes there.

The video of a recent Libyan National Army’s airstrike against Mitiga Airport in Tripoli has apparently emerged online, showing the very moment a MiG-21 jet aircraft unleashes its deadly payload.

The video, which was posted on YouTube on 8 April, shows the warplane launch what looks like a pair of unguided air-to-ground missiles towards the target.