Study Finds About 25 Percent of Japanese Adults Are ‘Sexually Inexperienced’ 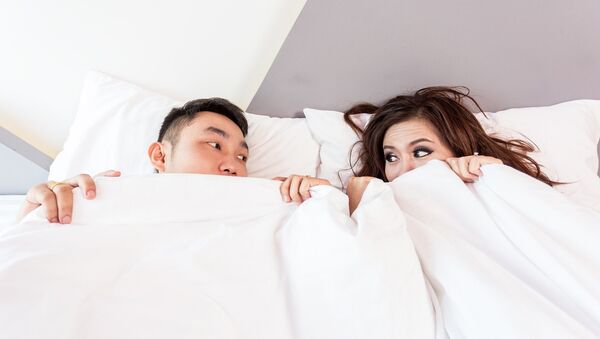 A new study by public health experts at the University of Tokyo reveals that the percentage of heterosexual women and men between the ages of 19 and 29 who are virgins in the country has increased between 1992 and 2015.

According to the study, which was published Monday in the journal BMC Public Health and was based on data from the National Fertility Survey of Japan, the percentage of heterosexual women in the country between the ages of 18 and 39 who had never had sex increased from 21.7 percent in 1992 to 24.6 percent in 2015.

The percentage of men in the age group who had never had sex increased from 20 percent in 1992 to 25.8 percent in 2015. By comparison, between 1 and 5 percent of heterosexual males and females in the same age group in the US, the UK and Australia are virgins, the study notes.

"Among adults in their thirties, around one in ten had no heterosexual experience. Unemployment, temporary/part-time employment and low income were associated with heterosexual inexperience among men," the study states.

"Further research is needed on the factors contributing to and the potential public health and demographic implications of the high proportion of the Japanese population that remains sexually inexperienced well into adult age," the study adds, not commenting on factors that might be contributing to lack of sexual experiences for women.

Japan has the lowest fertility rate in the world, and more than 20 percent of its population is older than 65.

"The gender stuff is pretty consistent with trends around the world — men are having a harder time," Anne Allison, a professor of cultural anthropology at Duke University, told the Atlantic in July 2017. "The birth rate is down, even the coupling rate is down. And people will say the number-one reason is economic insecurity."