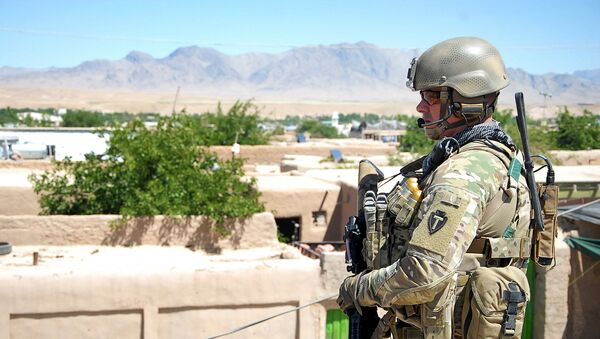 Previously, Iran warned that if US President Donald Trump lists Iran's Islamic Revolutionary Guards Corps as a terrorist organisation, Tehran would respond with a similar measure against the US CENTCOM. The corresponding bill has already been prepared.

Iran's Supreme Security Council has designated the US CENTCOM and related forces as a terrorist organisation, Press TV reported. In addition, the media outlet noted, the council accused Washington of supporting terrorism.

"As a retaliatory measure to the US illegal decision [to recognize the IRGC as a terrorist organization], Iran declares the US regime a 'state that supports terrorism' and the CENTCOM and forces that are linked to it a 'terrorist group'," the security council's statement, quoted by the Islamic Republic of Iranian Broadcasting state media outlet, read.

The move was announced shortly after US President Donald Trump announced a similar decision against Iran's Islamic Revolutionary Guards Corps, warning about "the risks of conducting business" with the elite forces.

The council has blasted Trump's decision:

"The Supreme National Security Council of Iran, strongly condemning the dangerous and illegal step of the US regime, which put the IRGC on the list of foreign terrorist organizations, considers this groundless measure the main danger to peace and security in the region and around the world," the TV channel quoted the Iranian Security Council statement.

Since reports about Trump's plans to blacklist the IRGC appeared, Iranian officials have been warning that they would put the US Army in the region "on the terror blacklist besides Daesh*".

US Sanctions Against Revolutionary Guards Corps

The IRGC, a paramilitary organisation which was formed in the wake of Iran's 1979 Islamic Revolution to defend the government, was already sanctioned by the US. The US Treasury Department imposed restrictions against the organisation in 2017 under a 9/11-era executive order over the group's alleged 'terror-sponsoring' activities.

As Washington claimed, the Revolutionary Guards were providing assistance to the Syrian military, as well as backing the activities of the Hezbollah and Hamas, which the US and some of its allies consider to be terrorist groups.

READ MORE: US Suspected of Deploying Avenger Drones to Syria for Mystery Missions

The IRGC comply only to orders from Iran's supreme leader, operating independently of the regular military. Previously, the US claimed that the corps may control or have a significant influence over up to 50 per cent of the Iranian economy, including non-military sectors.