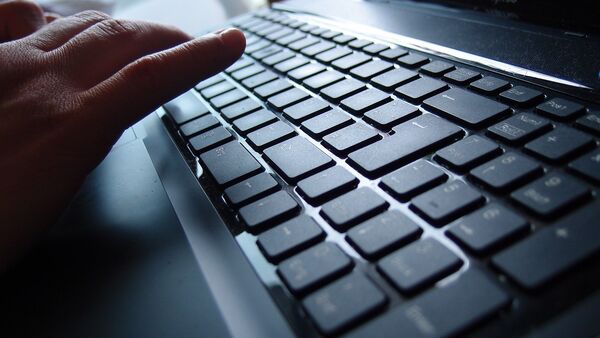 CC0 / /
Subscribe
The leading social media companies don’t seem to be overly enthusiastic about the Minister of Democratic Institutions of Canada’s drive to curb them.

Canada is considering imposing its own regulations on social media, citing the need to protect its upcoming elections from foreign meddling, The Guardian reported Monday. The possibility was raised by Canadian Minister of Democratic Institutions Karina Gould.

"We are having active conversations with our partners and allies around the world as to what this would look like in the Canadian context," she said, referring to the UK's social media regulation ideas. "If there was a moment and opportunity we would seriously look into how we can move forward."

Last week, Gould said she was "very concerned" about possible foreign meddling and that there "have probably already been efforts by malign foreign actors to disrupt our democracy."

EU Copyright Law to Come at Price for Google, Facebook, and End Users – Scholars
She called on Twitter, Facebook and Google to "help safeguard the election" by promoting "transparency, authenticity and integrity" on their platforms, Reuters reports. However, Gould said she's disappointed by the slow speed of negotiations with the three companies.

Gould believes the social media companies must put more effort into countering "cyber threats," which include the "spread of disinformation," Reuters says. However, the tech companies appear to prefer to keep their inner workings to themselves.

"The platforms feel this is something they should be doing on their own and I don't have the confidence that they're disclosing everything with us," Gould said at a news conference.

The minister admitted Ottawa is "looking very closely" at the idea of imposing regulation on social platforms should tech companies continue to drag on their feet, pointing to the UK, which also proposed introducing a social media regulator Monday.

Earlier on Monday, Canada's Communications Signals Establishment (CSE), the electronic counterintelligence service, published a report on possible election meddling, saying that Canadian voters will "very likely" encounter "foreign cyber interference" ahead of, and during, the 2019 general election. However, the agency said it is unlikely that the threat will be major, citing increased "public awareness" of the potential threats, according to The Guardian. The report also says that any possible foreign actor will be unable to directly change the vote outcome, because Canada's electoral apparatus uses old-fashioned paper ballots.

Back in 2016, the US accused Russia of staging a cyber operation to sway its presidential election in favour of Donald Trump. The idea has become a popular trope among numerous politicians around the world, despite Moscow's repeated denials of the allegations.

000000
Popular comments
BS. The Liberals know they don't have much support for their overtaxing policies and scandals. they are trying to supress bad publicity that will spread a message not in their favor. Everything else they say is just pure lies.
TelhasTeezee
9 April 2019, 01:54 GMT
000000
Canada isn't a democracy look who's in power the son of a former priminister he was heir to the thrown of the liberal neocon corporate globalist elites Canada is smooth running police state the only people that will ever rule Canada will be members of the elite class that is a gaurentee part of the trick is bilingualism only the elites are bilingual because of the cost to learn both languages so enjoy your illusion of freedom you Canadian wage slaves
Tazo
9 April 2019, 01:59 GMT
000000
Newsfeed
0
New firstOld first
loader
LIVE
Заголовок открываемого материала
Access to the chat has been blocked for violating the rules . You will be able to participate again through:∞. If you do not agree with the blocking, please use the feedback form
The discussion is closed. You can participate in the discussion within 24 hours after the publication of the article.
To participate in the discussion
log in or register
loader
Chats
Заголовок открываемого материала
Worldwide
InternationalEnglishEnglishMundoEspañolSpanish
Europe
DeutschlandDeutschGermanFranceFrançaisFrenchΕλλάδαΕλληνικάGreekItaliaItalianoItalianČeská republikaČeštinaCzechPolskaPolskiPolishСрбиjаСрпскиSerbianLatvijaLatviešuLatvianLietuvaLietuviųLithuanianMoldovaMoldoveneascăMoldavianБеларусьБеларускiBelarusian
Transcaucasia
ԱրմենիաՀայերենArmenianАҧсныАҧсышәалаAbkhazХуссар ИрыстонИронауОssetianსაქართველოქართულიGeorgianAzərbaycanАzərbaycancaAzerbaijani
Middle East
Sputnik عربيArabicArabicTürkiyeTürkçeTurkishSputnik ایرانPersianPersianSputnik افغانستانDariDari
Central Asia
ҚазақстанҚазақ тіліKazakhКыргызстанКыргызчаKyrgyzOʻzbekistonЎзбекчаUzbekТоҷикистонТоҷикӣTajik
East & Southeast Asia
Việt NamTiếng ViệtVietnamese日本日本語Japanese俄罗斯卫星通讯社中文（简体）Chinese (simplified)俄罗斯卫星通讯社中文（繁体）Chinese (traditional)
South America
BrasilPortuguêsPortuguese
NewsfeedBreaking
23:16 GMTFrench Court Finds Man Guilty of Cartoons Portraying Macron as Hitler Over COVID-19 Policies
23:04 GMTAustralia's Great Emu War: How a Nation Declared War on a Bird and Lost
23:00 GMTBlinken Vows to ‘Keep Normalization Marching Forward’ on One-Year Anniversary of Abraham Accords
22:39 GMTEx-Algerian President Abdelaziz Bouteflika Reportedly Dies Aged 84
21:51 GMTAct of Sabotage Results in Power Outage in Damascus, Energy Minister Says
21:35 GMTOld Friends Are Not the Best?
21:08 GMTMilley Assured Pelosi That US Military, Not Trump, Controlled the Nukes, Vice Chairman Says
21:05 GMTFed. Chief Powell Orders Sweeping Ethics Review Amid Trading Scandal at Federal Reserve
20:38 GMTBiden to Convene COVID-19 Summit on Margins of UN General Assembly
20:30 GMTFootball Legend Pele 'Rushed Back' Into Intensive Care Days After Colon Cancer Surgery
20:21 GMTRussia Possesses ‘Unbelievable Military Power’ After Transforming Forces, US General Says
20:20 GMT‘Irony of Historical Proportions’: Iran Ex-FM Zarif Muses on US Deal to Sell Australia Nuclear Subs
19:47 GMTPrince Andrew Has a Week to Challenge Court Ruling to Serve Papers Amid Procedure Disagreements
19:43 GMTFDA Panel Votes Against Offering Pfizer Booster Shots for COVID-19 to Most Americans
19:37 GMTFrance Recalls Ambassadors From US, Australia for Consultations over AUKUS Alliance
19:34 GMTUS Prosecutors Reportedly Plan to Charge Ex-Boeing Employee for Concealing Truth About 737 MAX
19:28 GMTAlt-Right Proud Boys Warn Members to Avoid 'Trap' of Washington DC Rally
19:18 GMTTrump Sends Letter to Top Georgia Officials Demanding to End 'Illegitimate' Biden's Presidency
19:18 GMTTaliban Reportedly Ditches Women's Ministry in Favour of 'Ministry of Virtue and Vice'
19:09 GMTUS Gen. McKenzie Admits Kabul Airstrike 'Was a Mistake', Killed Only Afghan Civilians