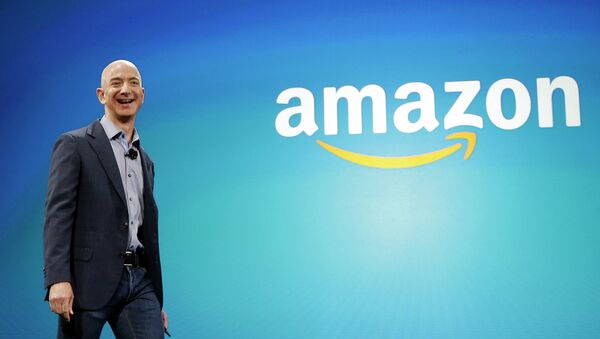 Former SpaceX vice president of satellites Rajeev Badyal and a couple of members of his team are now leading Amazon's Project Kuiper, people familiar with the situation told CNBC.

Badyal previously ran the satellite network division at SpaceX, which launched its first two test satellites last year. SpaceX initially planned for the network to consist of a similar constellation of 4,425 satellites in low Earth orbit. Late last year, the FCC approved the addition of 7,518 satellites to the constellation, bringing Starlink's planned total to 11,943 satellites in orbit.

Amazon has yet to announce where the satellites will be manufactured and given the time it typically takes to get regulatory approval for similar networks, Bezos' project would take at least two or three years to begin participating in the space race with actual launches. Badyal's hiring could be a sign that Amazon is trying to bring in talent with the experience of developing this type of satellite internet network.

Science & Tech
ISS Astronauts Meet SpaceX Ship Crew After Historic Docking (PHOTO, VIDEO)
Musk fired Badyal in June, one of the people said, confirming reports last year that the SpaceX CEO had become frustrated with the pace of Starlink's development four months after the launch of the first two Starlink test satellites. According to FCC documents, Starlink will become operational after at least 800 satellites are deployed on Earth’s orbit.

"As a matter of company policy, we don't comment on personnel. We've brought together an incredibly smart group of experts from across this industry to lead Project Kuiper," Amazon told CNBC in a statement.