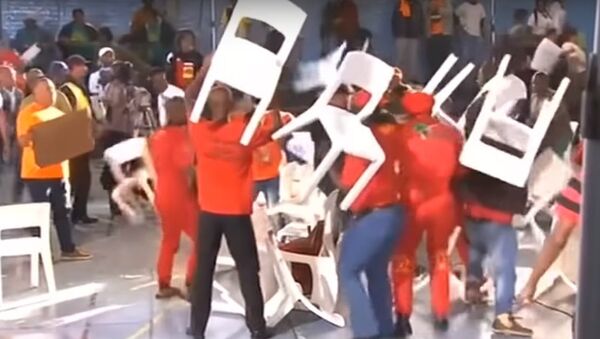 Representatives of rival South African political parties brawled with chairs during a debate which was broadcast live by the local SABS News channel.

The chaos took place during a live broadcast, with supporters of the Economic Freedom Fighters (EFF) throwing chairs at opposition lawmakers. Members of the Good Party, the Land Party and the socialist Black First Land First were also spotted taking part in the clashes.

The exact cause of the brawl remains unknown. According to News 24, some EFF supporters shouted: "This is our land."