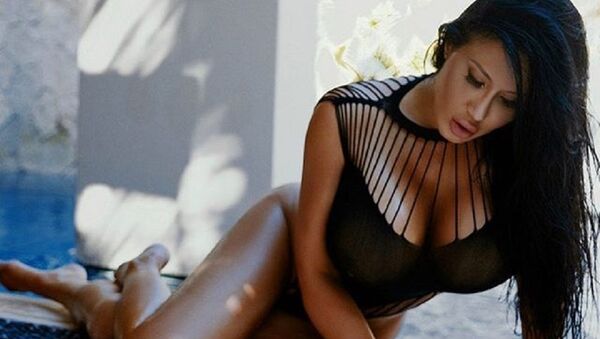 Optimism is the faith that leads to achievement. Shot by @artglorybali at the @wbaliseminyak #wbali #travelphotography #model

Having invested around $500,000 in surgeries to turn her body into a real sex machine, Stallone is sure it took much more than just medical intervention to have made a real sex robot out of her, saying she is “literally built for sex”.

"Through my enhancements, I offer my lovers something that transcends human, better than anything you could get with a sex robot or most other women. I’m the best of both worlds – a living sex doll”, she said, as quoted by The Sun, specifying that she underwent a whole range of surgical augmentations including a nose job, chin and lip fillers, a butt lift, and a boob job that enabled her to go from a D to a G-cup.

It appeared to be worth the pain and the price, as Sybil flaunted the incredibly positive response from her clients, adding the surgeries had been successfully combined with an “intense workout regimen and sex-positive attitude”.

"I’m the sex-terminator. No sex robot has a chance”, she boastfully remarked.

Stallone’s co-worker Allissa, meanwhile, drew attention to a completely different side of her, a plus to her amazing body – the ultimate compassion that she has for people around her, which is something “that no robot can offer”.

Stallone shared her bright outlook for the future, saying her example is just an indicator of the upcoming progressive trend, since in the era of sex machines as part of the sexual culture, “you’ll definitely see more women especially sex workers, use advances in plastic surgery and technology to create a sexually competitive look”, she told The Sun. She referred to herself as a pioneer in the field, who “dramatically and unapologetically ” altered her physique to boost sexual attractiveness.

Stallone’s comments on silicone robots being her rival arrived at a time when concerns were raised over the safety of sexual intercourses with dolls, with the latter having reportedly harmed their users multiple times.

Back at it again, available for editorial photography @sybilstallonestore 📸 @kevinmendezphoto #linkinbio

Also, reports have emerged about existing sex products not being sufficiently regulated in terms of data security, although Harmony dolls, the pilot sex robot to have made headlines internationally, are known to be trading actively now.

Harmony is a lifelike AI robotic head that attaches onto silicon bodies, with the robot capable of talking politics, telling jokes, and even recalling facts from earlier conversations.