EU Voices Concern Over US Revocation of Visa From ICC Prosecutor 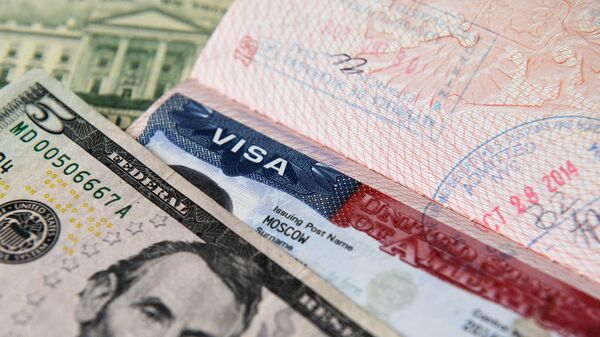 ICC Prosecutor Fatou Bensouda’s Office confirmed a day earlier that her visa to enter the United States had been revoked. The office stressed that according to the Rome statute governing the ICC, Bensouda has an "independent and impartial mandate".

"The European Union reiterates its serious concern about the US policy towards the ICC", the spokesperson of the European External Action Service stated expressing support for the International Criminal Court (ICC) following Washington's decision to revoke the ICC Prosecutor's visa for entry into the US.

According to the statement, the ICC plays a key role in the fight against impunity.

"The EU emphasises that protecting the neutrality and judicial independence of the ICC is paramount to its effectiveness and proper functioning", he said.

US Visa Denial to ICC Staff ‘Reeks of Totalitarianism’ - Rights Group
The spokesperson emphasised that the EU expects the US to ensure that "any measures adopted by the US in relation to the ICC are in full compliance with their international obligations, having also due regard to the ICC-UN Relationship Agreement".

The statement comes a day after ICC Chief Prosecutor Fatou Bensouda announced her visa had been revoked as the US authorities earlier warned about imposing restrictions on individuals connected to any ICC investigation into alleged war crimes committed by US personnel in Afghanistan or by US allies, particularly Israel.

In 2017, Bensouda started an investigation into alleged war crimes by the US Army and the Central Intelligence Agency (CIA) committed in Afghanistan between December 2002 and March 2008.