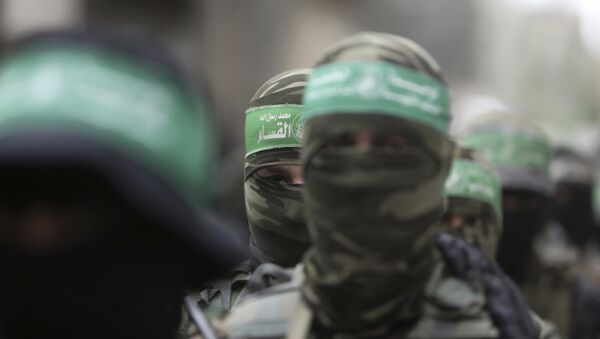 For over a year, residents of Gaza have been participating in weekly protests at the Israeli border that have led to clashes and numerous casualties. Tel Aviv insists that the protests are a cover organised by Hamas for the purpose of infiltrating Israel and attacking its citizens.

The head of Hamas in the Gaza Strip, Yahya Sinwar, has pledged that if a new war breaks out, the group's forces will make Israel evacuate not just settlements near the enclave's border, but also some of its major cities, including Ashdod, Ashkelon, the Negev, and Tel Aviv.

"Remember this pledge. The fingers of the resistance in the Gaza Strip are on the trigger. We are today ten times stronger than we were in 2014 [Israel-Gaza conflict]", he said.

At the same time, Sinwar noted that Israel would "suffer" only if the war is "imposed" on the Gaza Strip. He promised that in this case, Hamas would act as a "shield and sword" for the Gazans.

Over the last few months, Israel has repeatedly shelled Hamas positions in Gaza in response to rocket launches coming from the enclave's territory. The conflict between the two sides is constantly being reignited, despite numerous ceasefire understandings having been reached.

The border between the Gaza Strip and Israel has been rocked by protests referred to as the Great March of Return for over a year, leading to hundreds of casualties and leaving many more wounded. The Palestinian protesters claim to be fighting against Israel's "occupation" of the territories, but Tel Aviv insists that the rallies are organised by Hamas as a cover.

According to the IDF, the organisation is using the protests to infiltrate Israeli territory and carry out attacks against its citizens.