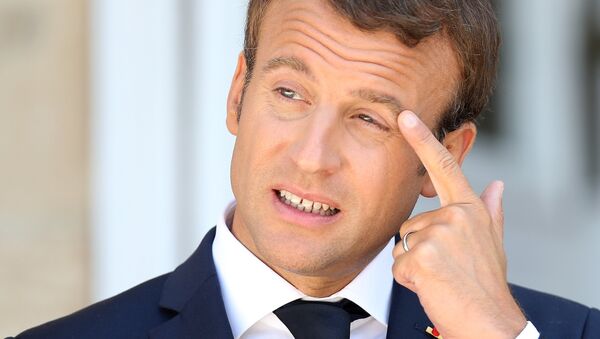 The BBC subtitles have on a multitude of occasions made hilarious headlines for botched translation since switching to an automated system, which electronically converts words into text.

The BBC broadcaster has been widely mocked on social media after it, seemingly, failed to translate the subtitles from French into English as France’s President Emmanuel Macron welcomed Irish Prime Minister Leo Varadkar at the Elysee Palace in Paris.

READ MORE: ‘We Are Actually F**ked’: F-Bomb Dropped on BBC on Air Amid Labour Party Split

Instead of providing actual subtitles to Macron’s speech so that the viewers with no knowledge of French can understand what’s being said, the BBC had a complete meltdown, with the line simply reading “Speaks French”.

As the subs are being generated electronically, the mishap unleashed a storm of jokes online:

Surely it should simply say 'Not speaking English'.

Could we have these for the more pointless interviews?

Imagining them thinking "That should cover it. Time for a brew"

This is not the first time that the BBC has been mocked for such a blunder since switching to an automated system. In January, subtitles made it appear as if UK Environment Secretary Michael Gove was against Batman becoming prime minister.

While he said, “This country should never allow that man to be prime minister”, the subs hilariously swapped “that man” for “Batman”:

In another epic gaffe, the subtitles read two years ago that Jeremy Corbyn “admired Prince Harry and Hezbollah”, as the Labour Party leader congratulated Meghan Markle and Harry on their engagement.