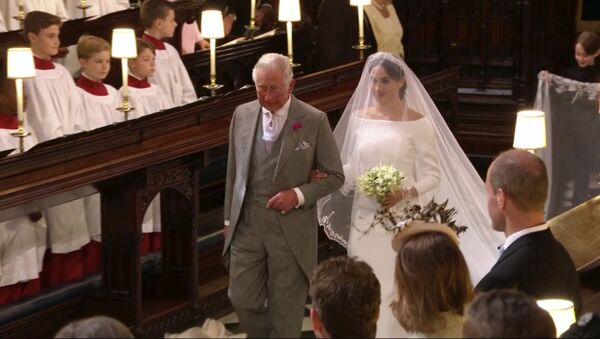 Over the last year, rumours about a royal rift between Prince Harry’s wife and his brother William’s spouse have been fuelled by numerous leaks from sources who are reportedly close to the court, suggesting the two princes are also growing estranged.

Some precious items in the Royal Collection of jewels, loaned to Princess Diana, Duchess of Cambridge Katherine and worn by Queen Elisabeth herself, have not been opened up to the relatively new member of the family, Duchess of Sussex Meghan, The Sun reports, citing its “impeccably placed royal insider”. According to this source, the situation has been going on for several months and has already upset Meghan’s husband, Prince Harry.

The Queen and her trusted advisers are said to decide whether to loan out jewels or not, and “Meghan’s behaviour, including before the Royal Wedding, caused resentment with forces within Buckingham Palace”.

“To be perfectly honest, the Queen herself was not impressed with some of Meghan’s demands, especially as a new member of the family. As a result, Buckingham Palace has decided that not all items from the Queen’s royal collection will be opened up to Meghan”, the mysterious source revealed to The Sun.

According to the report, the royal grandmother informed Prince William that some jewels, worn by Princess Diana, would not immediately be made available to the former Hollywood actress. However, the source added that there is nothing personal and it is about the hierarchy as the Queen is said to like Meghan personally.

“She is showing that maintaining the correct order and precedence within the family is important. Even if Meghan is the most popular woman in the world, she is of a lower rank than Kate,” the insider noted.

Another source told the newspaper that it does not mean the situation will not change and Meghan will be barred from jewels forever.

The jewel situation has sparked a new round of speculations about the reported rift between the two Duchesses, impacting the brotherly bond of their husbands. Many got on Twitter to discuss the matter.

​Some doubted that this could be true.

We all remember the dramatic rumor about how Duchess Meghan, who was just Meghan Markle then, threw a fit over… pic.twitter.com/6ihv7Jdjsk

The latest Cruelty is claiming she is Banded from Borrowing Crown Jewels. A LIE for Jewels available to be Borrowed are listed Monthly & Family put in their request. Evil telling lies on Her Majesty! Royal Family concerned about Meghan Markle's condition https://t.co/HXR5ktjxP8

​Others slammed the scrutiny Harry and Meghan face.

Is the press being unfair on Prince Harry and Meghan? The tabloids are once again full of stories; one paper today says he's "incensed" by claims The Queen has banned the Duchess from wearing her jewels.

Should they expect all this scrutiny — or should the press lay off them? pic.twitter.com/22H8YxLD8K

The biggest risk to the RF are the RR. The family is out trying to do good but all the RR want to promote is the sqaubbling for Royal jewels behind the scenes. Please know your enemy.

​While the world is waiting for Meghan and Harry’s first baby to arrive, the British tabloids are fuelling the feud rumours with numerous leaks.

Among other things, it has also been rumoured that the Duke and Duchess of Sussex are moving out of Kensington Palace, where they have been living alongside Prince William's family ever since they got engaged in 2017, to Frogmore Cottage on the Windsor Estate. In early December, The Sun also reported that Meghan and Harry had turned down an invitation to spend Christmas at Kate and Will's; they instead stayed at the Queen's Norfolk estate in Sandringham, however they still reunited with Prince William and his wife for a Christmas Day service.