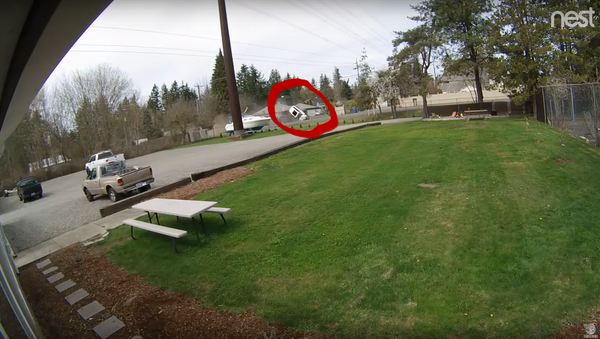 It’s a wonder the driver survived!

A recent upload by Viral Hog shows Nest cam footage of a police pursuit that ended in a missing engine, felony charges and, surprisingly, a driver with only a broken arm.

A report by ABC 8 says the SUV was left running outside its owner's apartment complex when a man was caught on camera stealing the vehicle and eventually flipping it on a highway in Washington.

The thief was charged with felony eluding and possession of a stolen vehicle. The owner also told ABC 8 that she would no longer leave her vehicle running in the near future.