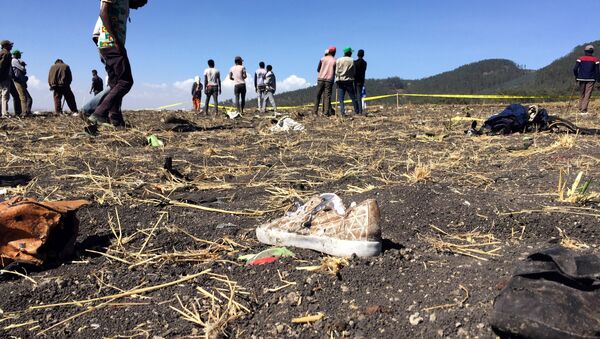 A preliminary report published by the Ethiopian Civil Aviation Authority's Accident Prevention and Investigation Bureau found that Ethiopian Airlines Flight 302 reached an airspeed of 575 mph just before it crashed.

According to Reuters, such high speeds exceed the troubled 737 Max 8's design limits, and "would have pulled passengers out of their seats," making them feel weightless.

The 33-page report, which was released on Thursday, noted that the last recorded altitude reading for the doomed flight was 5,419 feet on the aircraft's left Indicated Airspeed sensor and 8,399 feet on the right sensor.

​The location of the crash site was identified by investigators in a farm field near Ejere, Ethiopia. The aircraft's impact "created a crater approximately 10 meters deep with a hole of about 28 meters width and 40 meters length," reads the preliminary report. 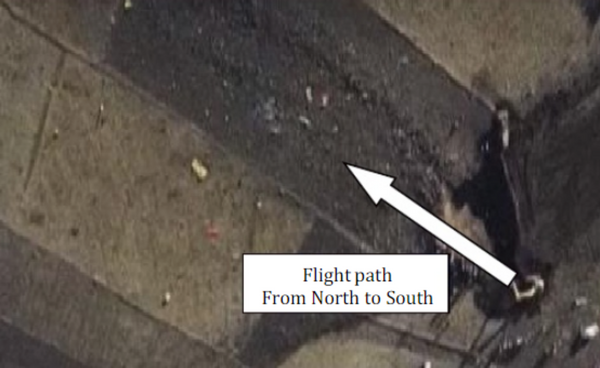 "Most of the wreckage was found buried in the ground; small fragments of the aircraft were found scattered around the site in an area by about 200 meters width and 300 meters long. The damages to the aircraft are consistent with a high energy impact," the report continues.

"There was no evidence of fire. This accident was not survivable." 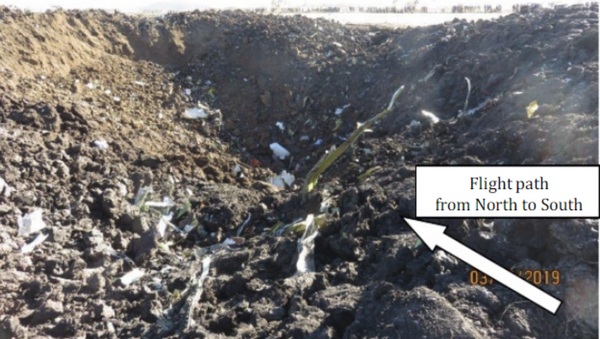 Other key findings revealed that the jetliner had faulty sensor readings seconds after takeoff from Ethiopia's Addis Ababa Bole International Airport on March 10, with values from the "angle-of-attack" sensor wildly deviating. Then, as the autopilot function was disengaged, the plane's anti-stall system, the Maneuvering Characteristics Augmentation System or MCAS, was activated, sending the nose of the plane downward. The captain called for the plane to be pulled up three times prior to the flight's crash.

The flight crew followed all recommended procedures offered by Boeing to deal with such emergencies, but to no avail, the report said.

Details of the report came on the same day that the Chicago-based manufacturer released a statement indicating that the plane's MCAS played a role in both the Ethiopian Airlines crash and the October 2018 crash of Lion Air Flight 610.

"The full details of what happened in the two accidents will be issued by the government authorities in the final reports, but, with the release of the preliminary report of the Ethiopian Airlines Flight 302 accident investigation, it's apparent that in both flights the Maneuvering Characteristics Augmentation System, known as MCAS, activated in response to erroneous angle of attack information," Dennis Muilenburg, the chairman, president and CEO of The Boeing Company, said.

Ethiopian Airlines: Boeing 737 Crash Unlikely to Affect Relations With Boeing
In both crashes, in which more than 300 people lost their lives, Max 8's MCAS was cited as a potential cause. The system is a safety measure that is intended to push the plane's nose down in the event it reaches too high an altitude and is at risk of stalling.

Following both Boeing's statement and the release of the preliminary report, it was reported by the Washington Post that "additional software problems" were detected by investigators reviewing the MCAS. The US' Federal Aviation Administration indicated that that issue too needs to be fixed before the Max 8 fleet is cleared to return to the skies.