US Professor Claims to Have Revealed True Identity of ANTICHRIST 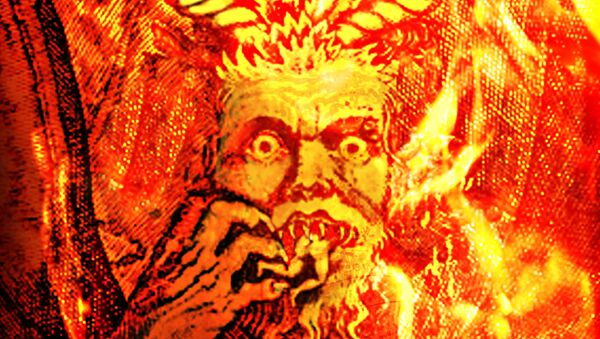 CC BY 2.0 / Maxwell Hamilton /
Subscribe
International
India
Africa
According to the Book of Revelation, detailing the world’s final days and Jesus Christ’s second coming, the Antichrist, or the Devil, or the Beast, is destined to oppose him during the apocalypse. The Number of the Beast 666, also mentioned in the Bible, might have given historians a clue about Satan’s actual identity.

Professor of Ancient Mediterranean Religions from Cornell University Kim Haines-Eitzen, who specialises in Early Christianity and early Judaism, suggested that the Number of the Beast, mentioned in the Book of Revelation might refer to the certain person, namely Roman Emperor Nero. She has shared her theory with Morgan Freeman in his Netflix series “The Story of God”.

According to the scholar, although the final part of the New Testament, detailing the days of the apocalypse, is considered a religious and prophetic book with “loads of symbolism”, it is also “very much a political book”.

“It is making a political claim about the cause of evil, or who is responsible for evil… There is a strong argument to be made for 666 referring to Nero – the emperor of Rome from 54 to 68 AD”, she said, noting that if one applies “numerical values to the name Kaiser Neron and you add them up, you come to 666”.

The scientist also pointed out that other versions of the Book have 616 as the Number of the Beast worked out as another proof of her theory.

“You might think that this number destroys the possibility that it could be Nero. What is striking about this is that it may help to confirm the identity of Nero because this is the number you get if you spell Nero the Latin way – Nero Keiser”, she said demonstrating different fragments to Freeman.