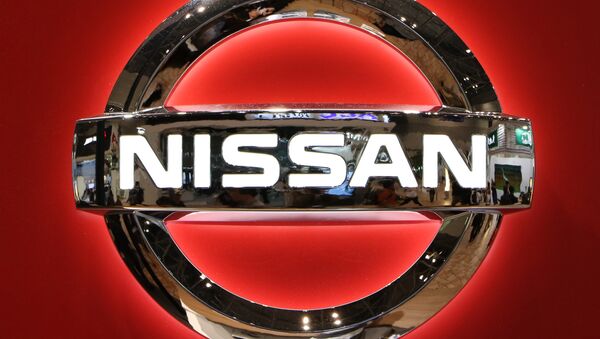 TOKYO (Sputnik) - Former Nissan chairman Carlos Ghosn, who was unexpectedly rearrested in Tokyo on Thursday, just a month after he was released on bail amid the ongoing investigation into his financial misconduct, has denied new charges brought against him as he was served with his fourth arrest warrant in less than six months.

"My arrest this morning is outrageous and arbitrary. It is part of another attempt by some individuals at Nissan to silence me by misleading the prosecutors. I am innocent of the groundless charges and accusations against me", Ghosn said in a statement as quoted by the Kyodo News agency.

Ex-Nissan Head Ghosn Claims 'Plot and Treason' Led to His Arrest - Reports
A source told the agency that the former Nissan chairman had been taken to the Tokyo Detention House from the prosecutor's office, where he had been brought from his residence on Thursday morning.

The unexpected rearrest came shortly after Ghosn announced on Twitter that he was preparing to hold a press conference on 11 April to "tell the truth about what's happening".

Media reported that the businessman had been rearrested by Tokyo prosecutors on suspicion of misusing the funds belonging to the automobile company. In particular, the former executive is accused of inflicting a $5 million loss to Nissan by transferring a part of the money, which Nissan's subsidiary in the United Arab Emirates paid to an Omani distributor, to a firm that he effectively owns.

Ghosn was originally arrested in Japan in late November last year, along with his right hand, Greg Kelly, for underreporting about $44 million worth of his income. During his detention, he was served two more arrest warrants last December and charged with other counts of financial misconduct, which allowed the prosecution to hold Ghosn in custody without trial.