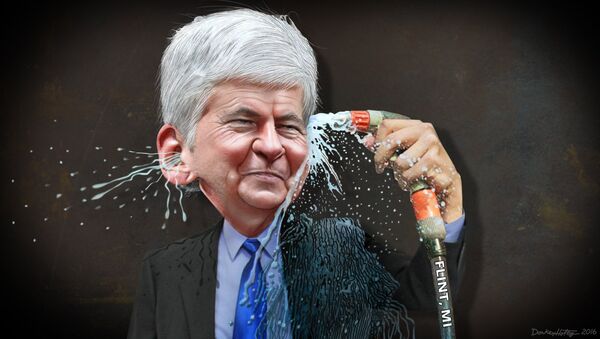 In light of new evidence brought against Snyder, Levy released an opinion effectively allowing residents of Flint, Michigan, to include Snyder in a class action lawsuit against a number of former state and local officials as well as private water supply consultants. Last August, Levy took Snyder out of the lawsuit.

According to Michael Pitt, an attorney for the lead plaintiff in the lawsuit, "[Snyder] was receiving significant information that the contamination was causing harm to people, notwithstanding that he basically ignored it, and, according to the judge, actually engaged in a cover up by indicating that the water was safe when he had ample reason to say the opposite."

In her recent statement, Levy emphasized that Snyder was knowingly unsympathetic to the health and safety of Flint residents.

The Flint water crisis began in 2014 when the city, in an attempt to cut costs, switched its water supply from the Detroit River to the polluted Flint River.

Mary Grant, Public Water for All campaign director at Food and Water Watch, an accountability group based in Washington, DC, told Sputnik News in an official statement, "Flint residents deserve justice for the poisoning of their water. The Flint water crisis would have never occurred without the actions of then-Governor Rick Snyder, who took local control away from Flint's leaders and put the city under financial management." She noted that it was five years ago in April that "an emergency manager appointed by Snyder made the disastrous decision to switch Flint's water supply to a polluted river without proper treatment, causing lead to leach out of water lines into the city's drinking water."

The lead and bacteria in the water have done "long-term damage" to Flint residents, Grant noted.

The water crisis in Flint has received a lot of attention from Hollywood celebrities as well. In early 2016, actor Matt Damon called for Snyder to resign from his post. Damon was joined by others in the spotlight who sought to bring attention to the crisis, such as actor Mark Ruffalo, consumer advocate and environmental activist Erin Brockovich and civil rights activist Nontombi Naomi Tutu. Snyder in 2016 pledged to drink filtered tap water in response to allegations that he purposely mishandled the crisis, despite multiple warnings from his close aides. He never resigned; his term ended in January 2019.

Last year, over 30 schools in Detroit, Michigan, were revealed to contain elevated levels of lead and copper in their drinking water.

The next court hearing is scheduled for May.