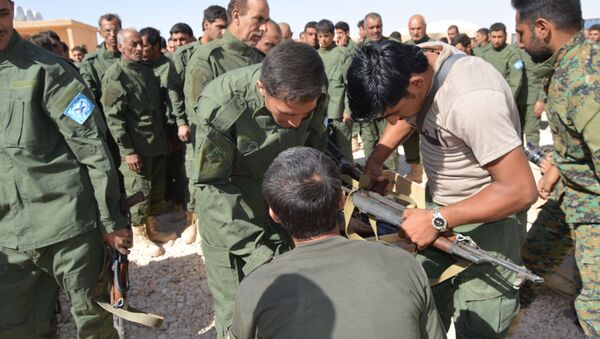 The city of Raqqa first fell into the hands of Syrian opposition forces in 2013 and was then captured by the Daesh* terrorist group, which proclaimed the city its de facto capital.

"Four suicide bombers blew themselves up", Mustafa Bali, head of the SDF's media office, told Reuters in an online chat when asked about the blasts in Raqqa.

The incident comes two days after the SDF stated that they are continuing to fight the remnants of the Daesh terrorist group near the eastern Syrian village of Baghuz.

US-Backed SDF Reportedly Contradict Trump's Claim on Last Daesh Stronghold
The SDF also noted that although the physical caliphate had been physically defeated, it acknowledged that Daesh would continue to operate through sleeper cells. Therefore, the SDF asked international coalition forces to continue their military and security campaigns in what it claimed was the beginning of a new phase in the fight against terrorism.

As the Syrian conflict winds down, both the Syrian government and multiple international players that have become involved in the complex years-long war in the country are shifting focus to the issue of post-war reconstruction and trial of those responsible for war crimes.