Mexico Registers No Closures of Checkpoints on US Border So Far 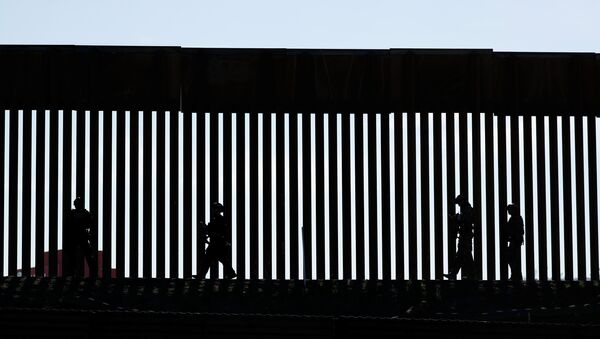 MEXICO (Sputnik) - Mexico has not registered any checkpoint closures on the border with the United States, but has detected significant slowdowns of transport, Mexican Foreign Minister Marcelo Ebrard said on Tuesday.

"To date, we have not received information about closures of US border crossings", Ebrard told reporters.

Looming US Avocado Crisis Dismays Twitter Amid Washington-Mexico Border Row
The minister added that slowdowns of commercial traffic have been registered at several crossings, including in Ciudad Juarez, according to Once broadcaster.

Last week, US President Donald Trump threatened to close the southern border if Mexico did not take action to stop all illegal migration heading to the United States.

Trump himself previously admitted that closing the border would have a negative effect on the US economy.

On Monday, Mexican Interior Secretary Olga Sanchez Cordero said the Mexican government does not plan to adopt a special plan to restrain caravans of migrants from Central America that travel through the country to the United States.

World
Mexico Won't Have Confrontation With US Over Border - President
She added that the government of President Andres Manuel Lopez Obrador does not intend to militarise the country's southern border in an attempt to deter Central American migrants.

READ MORE: Trump Says Ready to Close Border With Mexico if He Has to

According to Mexico's Ministry of Internal Affairs, in February alone, more than 76,000 migrants, who crossed Mexico and tried to get into the United States were detained, and in March this figure is expected to amount to 100,000 people.