Pompeo to Turkey: Military Action in Syria Will Have 'Devastating' Consequences 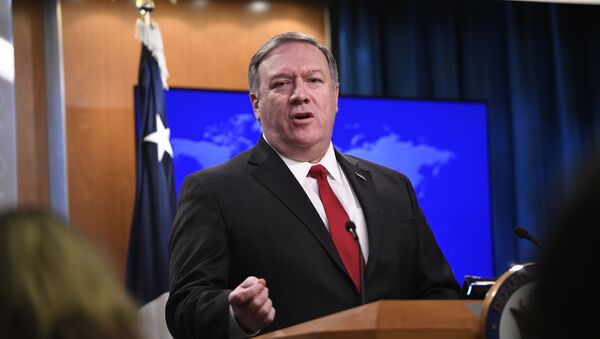 Amid the continuing standoff in Syria over US withdrawal and Turkish desire to carry the fight to US-allied Kurdish militias in the country, US Secretary of State Mike Pompeo warned Ankara in no uncertain terms that if Turkish forces took unilateral military action in Syria, it would have "devastating" consequences.

"Secretary Pompeo expressed support for ongoing negotiations regarding northeast Syria, while warning of the potentially devastating consequences of unilateral Turkish military action in the region," said US State Department spokesperson Robert Palladino in a statement following the talks.

Had a constructive meeting w/@SecPompeo on challenges in our bilateral relations and issues on #Turkey-#US common agenda. pic.twitter.com/690Lto5oVr

​Washington proposed an alternative buy to Ankara of an MIM-104 Patriot missile system, but that was rejected.

However, Turkish Vice President Fuat Oktay fired back at Pompeo, saying the US "must choose" whether it wants "to remain Turkey's ally or risk our friendship by joining forces with terrorists," which is how Ankara refers to the YPG and other Kurdish militias, and "undermine its NATO ally's defense against its enemies."

​Kurdish militias in eastern Syria have been the US' primary ally in its fight against Daesh, and Washington forced Ankara to stand down late last year by refusing to budge so that Turkish forces could attack those militias. However, now that US President Donald Trump has announced the withdrawal of US forces from Syria after the defeat of Daesh, the door once again appears open to Ankara.