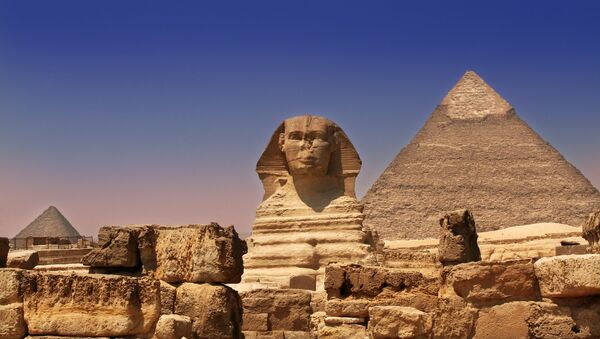 An Egyptian sarcophagus from a burial site reserved for ancient nobles will be opened for the first time in a two-hour special of “Expedition Unknown: Egypt Live.”

The live broadcast will give viewers an inside look at the inner chambers of a site currently being excavated. During the investigation, archaeologists discovered a network of tunnels and tombs that have remained untouched for thousands of years. The channel has not revealed where the site is, only that it is in a less-visited area of Egypt, which receives a steady flow of tourists to its major sights around Cairo.

​Ruins of greater or lesser import are regularly unearthed in Egypt, with its thousands of years of continuous civilization and complex construction.

In March, the Egyptian Ministry of Antiquities announced the discovery of a palace featuring drawings of Ramesses II in Abydos, one of the oldest cities of Ancient Egypt. Researchers working on the site found other royal symbols and hope the discovery can help them develop a deeper understanding of the temples from that period.

In February, dozens of mummies, including those of children, were discovered in eight new tombs at the Tuna El-Gebel archeological site east of Mallawi. Although the mummies could not be identified, the method of mummification indicated that they held prestigious jobs during their lifetime, explained Mostafa Waziri, secretary general of the Supreme Council of Antiquities.

Science & Tech
Origins of World's Oldest Natural Mummy Finally Revealed – Reports
In July 2018, archaeologists discovered a black sarcophagus containing three skeletons and a dark liquid. Shortly after, fans of the discovery started an online petition to allow signatories to drink the liquid to "obtain its powers."

"This is Discovery at its best, as we seek to uncover history that has been buried in the sands of Egypt for millennia," remarked Nancy Daniels, chief brand officer for Discovery and Factual. "I'm excited as Josh Gates takes us on one of his most ambitious expeditions yet."