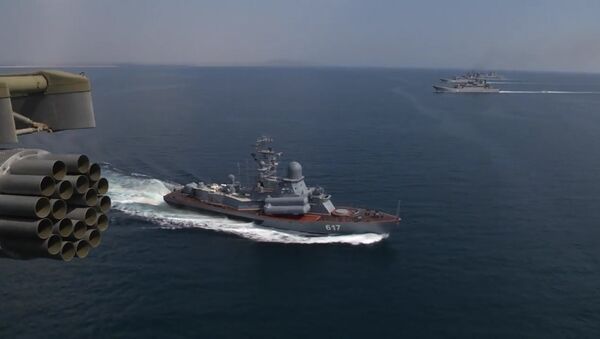 © Photo : Ministry of defence of the Russian Federation
/
Go to the mediabank
Subscribe
International
India
Africa
WASHINGTON (Sputnik) - The United States has been working on a package that it will present to the foreign ministers at the upcoming NATO meeting in Washington that includes air surveillance and more NATO ships going into the Black Sea, Ambassador to NATO Kay Bailey Hutchison told reporters.

"We have been working on a package to present to the foreign ministers and it is a package with surveillance, with air surveillance, as well as more of the NATO country ships going into the Black Sea to assure that there is safe passage for Ukrainian vessels through the Kerch Strait, the Sea of Azov," Hutchison said on Tuesday. "It is very important for Bulgaria as well as the other countries surrounding the Black Sea that we have more attention to assuring that those waters are cleared and also that the countries in and around the Black Sea are safe from Russian meddling."

Kay Bailey Hutchison also told reporters that the United States expects North Macedonia to join NATO in the fall of 2019.