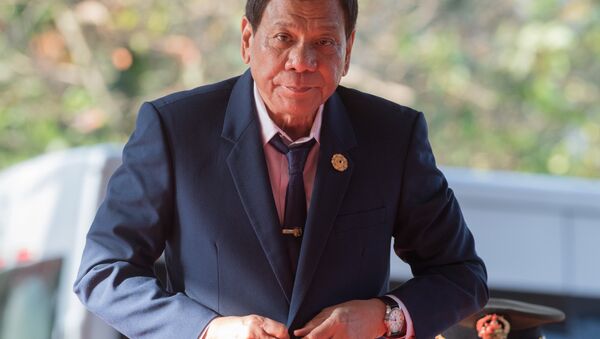 Philippine President Rodrigo Duterte has ordered the government to double-check its agreements with private companies, the Rappler news website reports.

The news outlet quoted presidential spokesman Salvador Panelo as saying in a statement on Tuesday that during a Cabinet meeting, Duterte “instructed all government agencies to check and review all contracts entered into and remove onerous provisions that might be detrimental to the lives of the Filipinos”.

“He [President Duterte] reiterated his vow to protect the people of the Philippines,” Panelo added.

“Contractual provisions that are contrary to the public interest or public policy may be invalidated under our laws,” Guevarra explained.

Duterte Seeking to Rename Philippines to Break It Free From Colonial Past
According to the Rappler, Duterte’s order apparently pertains to previous water crisis-struck parts of greater Manila that he blamed on the Metropolitan Waterworks and Sewerage System (MWSS) and the private companies Manila Water and Maynilad Water Services.

At the time, the court’s decision compelled the Philippine government to pay Maynilad 3.42 billion PHP (about $65 mln) for not implementing a water tariff hike from March 2015 to August 2016.