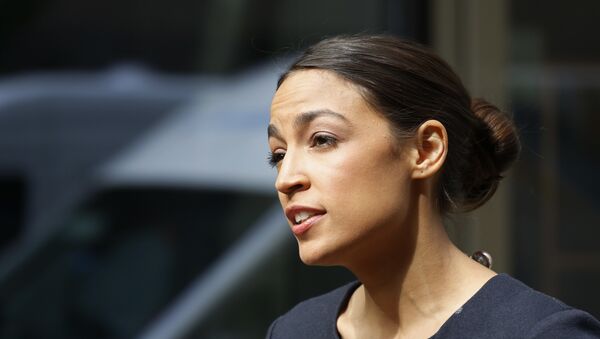 Rep. Alexandria Ocasio-Cortez incorrectly asserted that Republicans amended the Constitution to stop former president Franklin Delano Roosevelt from being re-elected, despite the fact that Roosevelt died in office.

“They had to amend the Constitution of the United States to make sure Roosevelt did not get re-elected,” the New York Democrat said during an MSNBC town hall on Friday night, the New York Post reported.

Ocasio-Cortez was referring to the 22nd Amendment, which a Republican-controlled Congress passed in March 1947, yet Roosevelt died on April 12, 1945.

This is not the first time that the young Democratic representative has attacked the Republican Party over its actions in the course of history. Recently she sparked a debate by accusing former Republican president Ronald Reagan of racism.