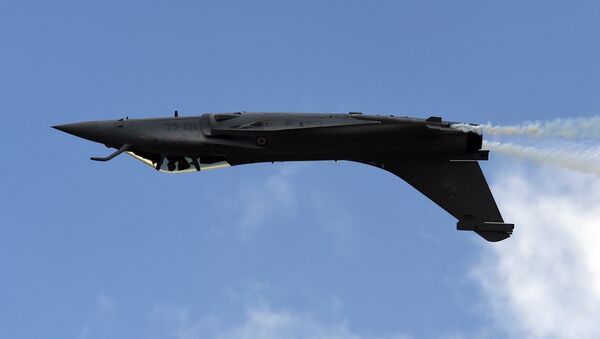 "Congress will investigate several deals entered into by the BJP Government in the last 5 years and, in particular, the Rafale deal (sic)," the manifesto says as part of the promises made under the anti-corruption plank.

Bhalchandra Mungekar, a member of the manifesto committee, further added that the inquiry into the Rafale deal will be initiated on the "first day after coming to power".

Asia
Rafale Deal Becoming Modi’s Nemesis as Opposition Steps Up Probe Demand
Rahul Gandhi has been accusing the Modi government of corruption and irregularities in the Rafale acquisition and alleged that it conducted parallel negotiations and scrapped the earlier deal agreed by the Congress-led UPA government. Currently, a review petition to launch investigation by the anti-corruption body CBI in the deal is pending before the Supreme Court of India. Congress has been demanding a parliamentary probe committee into the deal.

The review petition pertains to the 14 December judgement over the procurement of 36 Rafale fighters from French manufacturer Dassault Aviation, in which the Supreme Court of India had given a clean chit to the Modi government.

The court is currently hearing a number of petitions filed by private citizens on the issue. Advocate Prashant Bhushan, one of the petitioners in the case, has alleged that the government lied in court about the Rafale deal and should face perjury charges.

General elections in India are scheduled to be held in seven phases, from 11 April to 19 May 2019, to form the 17th Lok Sabha and to elect the next Indian prime minister. The counting of votes is scheduled for 23 May.