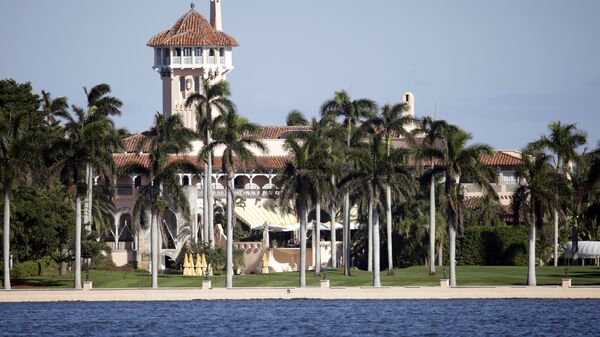 A Chinese woman carrying a thumb drive with malware, as well as multiple passports and electronic devices, was arrested at the Mar-a-Lago resort in Florida on Saturday while US President Donald Trump was there. She bluffed her way past security multiple times before being caught, according to court documents.

Yujing Zhang, 32, got through multiple layers of security at the US president's West Palm Beach resort over the weekend by pretending she didn't speak English well, was confused about her destination, and was there to attend a US-China international event.

According to a Saturday deposition by Secret Service agent Samuel Ivanovich in the US District Court for the Southern District of Florida, Zhang had two passports, four cell phones, a laptop and a hard drive with her, as well as a thumb drive that contained "malicious malware."

Zhang appeared in court on Monday and was charged with making false statements to a federal officer and entering or remaining in a restricted building or grounds. The charges could cost her hundreds of thousands of dollars in fines as well as multiple years in prison and either probation or supervised release, according to the affidavit. Her detention hearing is scheduled for April 8.

The woman bluffed her way into the resort by pretending she was a member who wanted to use the pool, but didn't speak very good English. The guard reportedly assumed she was the daughter of a real club member named Zhang and gave her entry.

When a golf cart valet picked up Zhang, she said she wasn't sure where she was wanted to go, so the driver simply took her to the main reception area, according to Ivanovich's deposition.

Once there, however, the receptionist determined Zhang shouldn't have been on the grounds since she claimed to be attending a United Nations Chinese-American Association event that didn't exist.

While AP initially reported no connection between Zhang and Li Yang, a Chinese native who marketed her Florida massage parlor to Chinese businessmen with the promise she could get them into Mar-a-Lago and meet the US president, with whom she has been photographed, the Miami Herald reported on Tuesday that the event Zhang said she was headed to was one of two promoted by Yang on her website.

The Herald reported that the "International Leaders Elite Forum," along with a "Safari night" for a local youth charity, was advertised on Yang's consulting business website. It billed the forum, to be held at Mar-a-Lago, as a "once-in-a-lifetime opportunity." Neither event occurred, according to the Herald.

However, no mention is made of Yang in the court documents. Zhang told Secret Service officers that her friend "Charles" directed her via WeChat to travel from Shanghai to attend the event.

White House press pool reports later confirmed that Trump was on the Mar-a-Lago campus at the time of the episode, although there's no indication Zhang was ever near the president, AP noted.