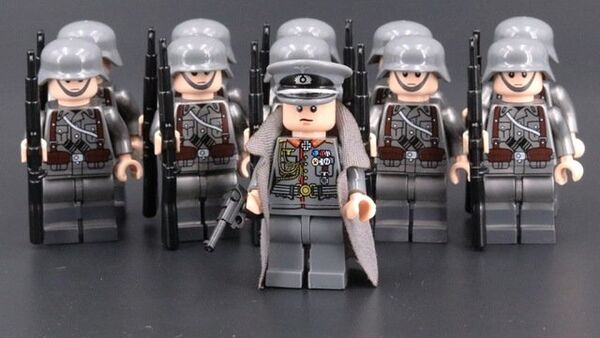 “It is forbidden to honour and provide a spotlight for the enemy of mankind,” Hagoel wrote, according to the Israeli news website Mako, saying that the Chinese firm must “remove the anti-semitic products.”

The sets found on Ali Express allow buyers to recreate scenes from World War II with Nazi and Allied troops. The soldiers’ figurines do not feature the swastika, however, they are pictured wearing distinct black and grey uniforms with red bandages on their sleeves and WWII iron crosses and eagle-like medals on their chests.

The work was presented at the Jewish Museum in New York City, which displayed the sets for several months in 2002 as part of an exhibit on Nazi imagery in modern art. LEGO criticized the artist, saying that Libera hadn't told the company what he was intending when it donated the bricks and that the contribution didn't constitute sponsorship as implied by the packaging’s labelling.