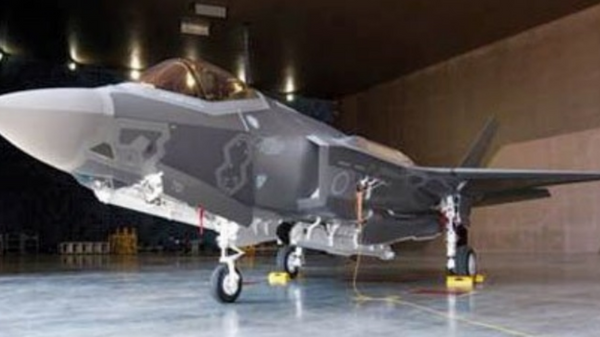 IOC is the term used in military acquisitions that denotes when a unit has been received by select servicemembers, who are able to maintain the system in its minimum usefully deployable form. The requirements of a particular system's IOC status varies, and the date at which it is achieved is typically seen as its in-service date. Full Operational Capability (FOC) is attained when all members of the designated force or squadron are able to maintain the newly acquired system.

The new F-35A fighter squadron, which will make up part of the service's 3rd Air Wing, will be stationed at Misawa Air Base in the northern portion of the Honshu Island.

Other regional buyers of the F-35 jets include Australia and South Korea, according to Defense-Aerospace.com, which noted that Seoul received its first two F-35As on the same day that the JASDF declared its jets had reached IOC.

"This is a major milestone for the F-35 enterprise, as it marks the first F-35 IOC for an Indo-Pacific region customer," US Navy Vice Admiral Mat Winter, F-35 program executive officer, said in a statement.

"This significant achievement is a testament to the global nature of this program, and the F-35 Joint Program Office (JPO) values the long-established bond with our Japan allies. This could not have happened without the hard work and collaboration between the F-35 JPO, the Japan F-35 program, our industry partners and the Japanese Air Self Defense Force."

Four of the JASDF's F-35As were built in the US, with the remaining ones assembled at Mitsubishi Heavy Industries' F-35 Final Assembly and Check Out Facility (FACO) in Nagoya, the capital of Japan's Aichi Prefecture.

"Local production is expected to continue at least until the end of fiscal year 2022," reads The Diplomat's report. "The JASDF is slated to take delivery of six F-35As in the upcoming Japanese fiscal year that runs from April 1, 2019, to March 31, 2020."

The Japanese government first placed an order for 42 F-35As in December 2011. However, by the time December 2018 rolled around, the existing order was updated. At the time it was reported that Tokyo would be adding 63 F-35As and 42 F-35B variants to its order, in addition to the already placed request for 42 F-35As. The purchase made Japan the second-largest buyer of the F-35 jet, bumping the UK's purchase of 138 fighters to third.

As Sputnik has previously reported, the US' F-35 program has been widely criticised for being wildly over budget and years behind schedule. The Pentagon's F-35 program in 2018 reported that costs for the program's software update would earn a price tag of at least $10 billion, and that's not even including development costs, which are estimated to hit some $7 billion.