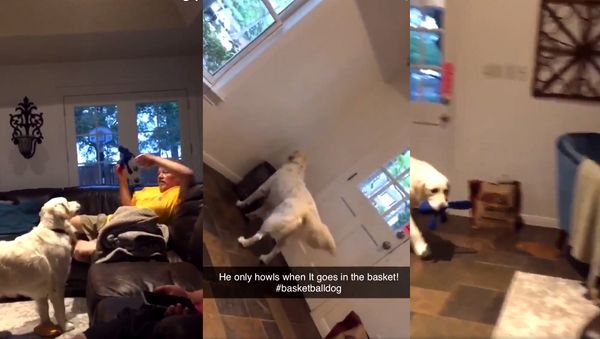 “Air balls get no howls in this house!”

If y’all want to see something hilarious, my dog Cooper lets out a huge howl when you make a basket, but let’s out a disappointed groan when you miss.

Cooper expects greatness when it comes to sports. pic.twitter.com/JylQeO49Vz

Cooper the golden retriever is definitely the hypest hound around Twitter right now thanks to a compilation of clips from his owner @caseydickinsonn.

Clearly a viewer of the NCAA's March Madness tournament, Cooper is gearing up to judge the upcoming Final Four by commentating on his humans' free throw shots.

While a successful shot will make the golden pooch let out an approving howl, one should expect nothing but a grumble or growl from an airball or missed shot!