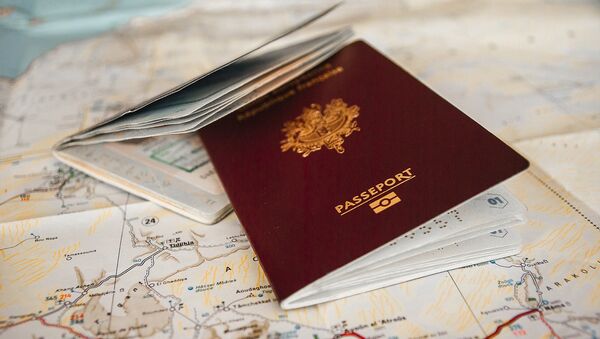 CC0 / /
Subscribe
France is not the only Western state that is deciding the fate of its nationals who were supporting Daesh* militants in crisis-torn Syria and Iraq. In February, UK Home Secretary Sajid Javid revoked the citizenship of jihadi bride Shamima Begum.

In an interview with the Ouest-France newspaper French Foreign Minister Jean-Yves Le Drian expressed his clear opposition to calls that Daesh women who have French citizenship should be given the right to return to France. He called the females "fighters", thus, as he stated, they "should be treated as such".

The official also noted that there was no option of accepting back Daesh fighters, including women, as they are European state's "enemies".

"The French, who fought in the ranks of Daesh fought against France. These are our enemies. They should be treated and tried in the place where they committed the crimes, especially in Iraq and Syria. This is true for men and women. Because, in 2014, 2015 and 2016, when they travel to Iraq and Syria, they went there usually to fight."

The French foreign minister's comments follow February reports that UK Home Secretary Sajid Javid revoked the citizenship of jihadi bride Shamima Begum — the woman was kept in a displacement camp in Syria after fleeing the fast-shrinking areas under Daesh terrorists' control. A month later, The Sunday Times reported that two more Daesh women from the UK, sisters Reema (30) and Zara (28) Iqbal, had their passports revoked due to their marriages to jihadists who played a role in murdering Western hostages.

000000
Popular comments
ThereAre the French and British troops supporting the Daesh with the US Army, but a criminal if he does the same thing as his own government individually?